Beautiful manor with cascade of ponds 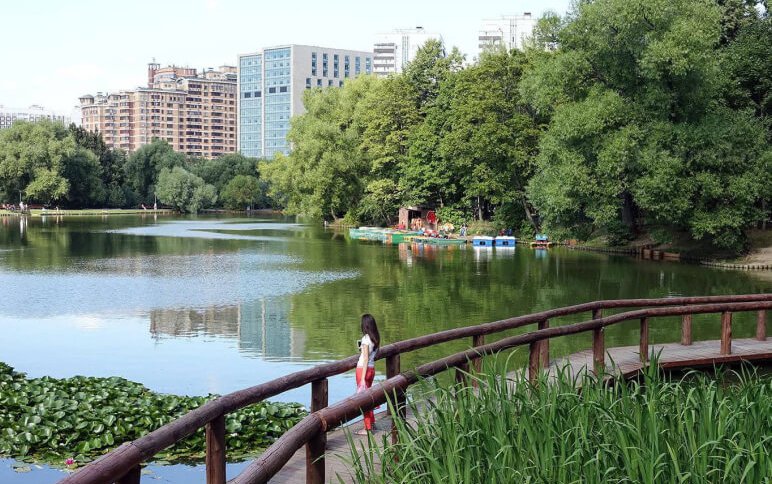 The old-time Vorontsovo manor has been known since the XVI century owing to the relationship with the family of a famous count — the area was named after its first owner, the Moscow Boyar Voronets. The main buildings, which still resembles the manor's appearance, were built 3 centuries later. A ceremonial ensemble, a temple, and a greenhouse were built in Vorontsovo under General Repin. The manor had changed hands for many years, but in 1960 it became part of Moscow and acquired the status of a monument.

Today, Vorontsovo manor is a manicured park with cascading ponds along which oak and hazel trees grow, and containing a green area is complemented by Italian and Chinese gardens. In summer, people ride inboats and paddle boats, and in winter, they make a tubing slide on the frozen water surface. There are also improvised beaches along the shore, where people from the city come to sunbathe and read in a relaxed environment. Festivals often take place in the park. Group classes in fitness, yoga, and breathing exercises are held weekly. There are excursions around the manor's historical sites where you can learn about almost every owner of Vorontsovo.