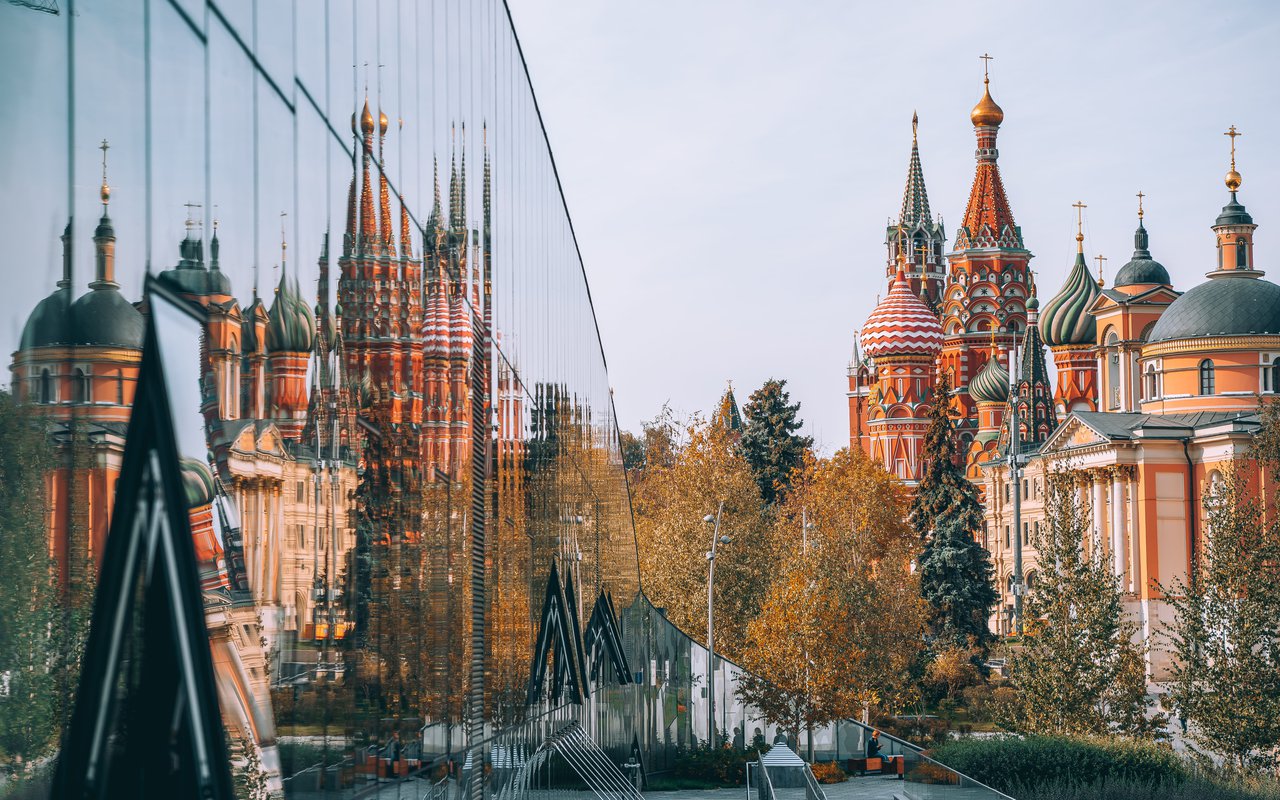 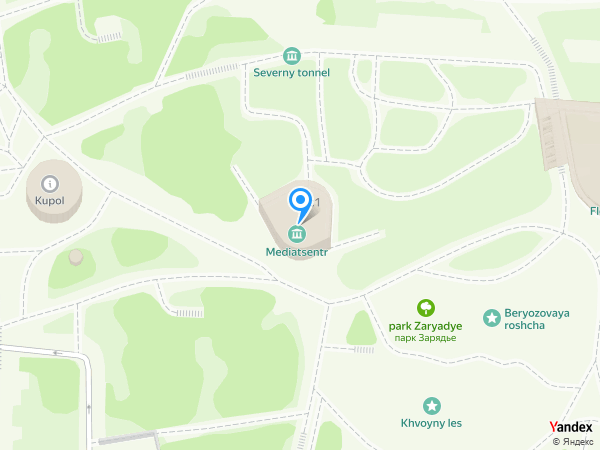 For a long time, the high-rise hotel \"Russia\" built in the 1960s was the center of the historical Zaryadye district near the Kremlin walls. The hotel was demolished in the early 21st century, but plans to construct a new complex was never implemented. After lengthy public discussion, it was decided to convert the vacant lot into a park— this project was entrusted to the American architectural bureau Diller Scofidio + Renfro, which also created the concept of the legendary New York High Line Park along a former subway line."

The new Moscow park turned out to be quite picturesque: plants from four of Russian climate zones were planted, descending in terraces to the river embankment. In the center of Zaryadye Park stands a philharmonic hall with an unusual glass facade, a spacious media center, and an ice cave with snow crystal walls. The park's key attraction is the Soaring Bridge over the river with an observation deck overlooking the Zamoskvorechye district. Visitors can grab a bite to eat at the park's Gastroport pavilion with its eight gastronomic zones.

Zaryadye has plenty children's activities to offer as well: there is a playground with a long obstacle course and rope structures, swings, and hammocks overlooking the Kremlin. Quests and educational events dedicated to an array of various topics take place — from microbiology to engineering — and are regularly organized in the Conservation Embassy pavilion.

The park often hosts major festivals and international forums, and its central location attracts thousands of visitors. We advise to schedule your visit for weekdays or mornings during the weekend. 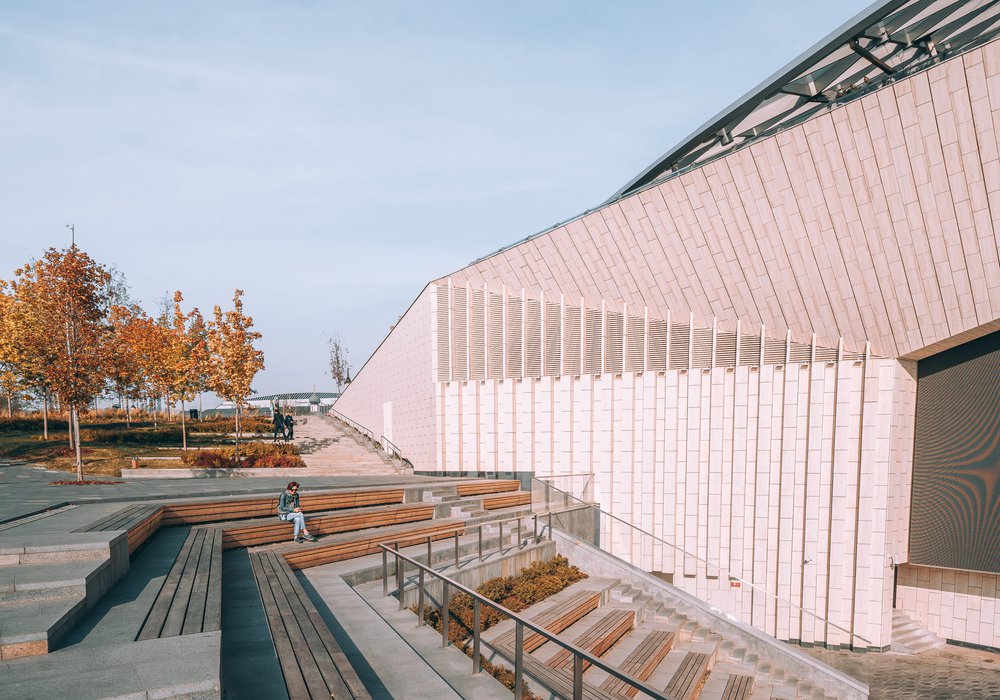 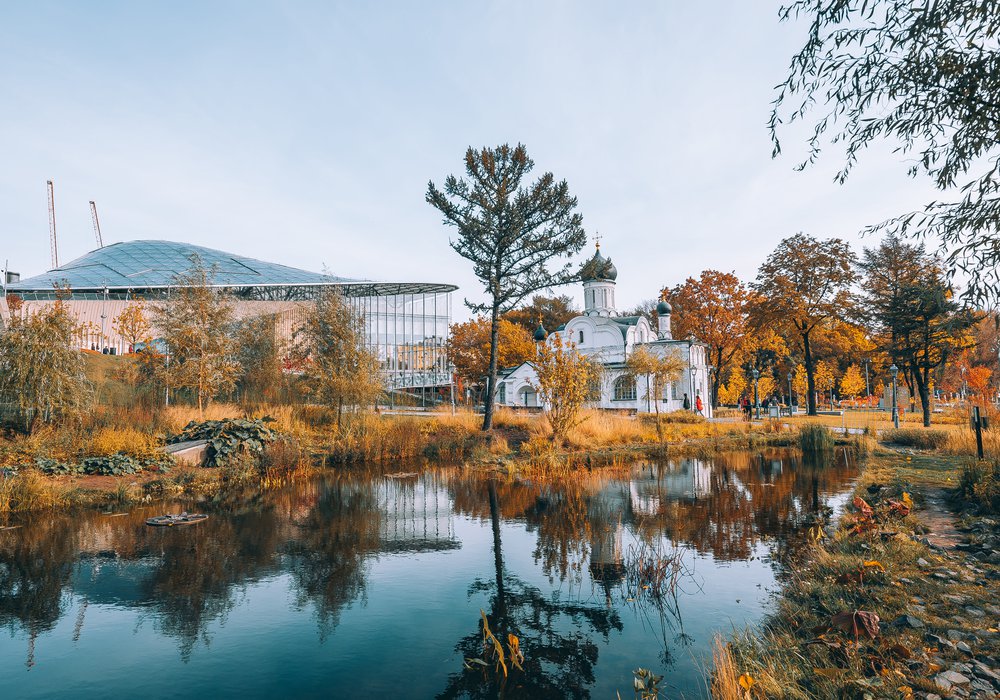 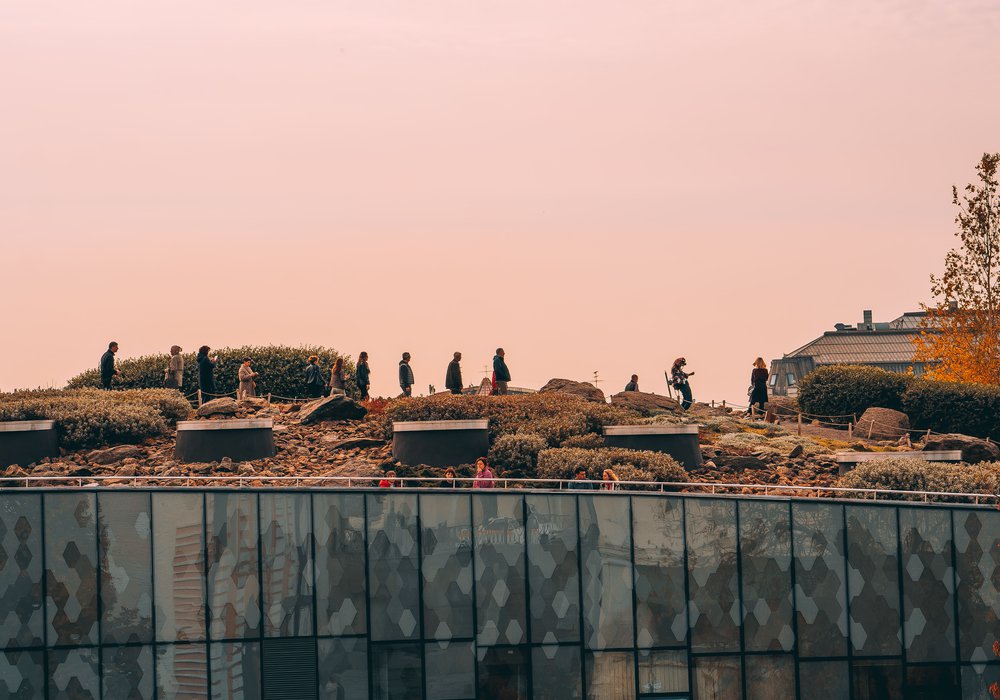 A New Year’s concert for the whole family

A spectacular celebration at Zaryadye

A New Year’s concert for the whole family

A spectacular celebration at Zaryadye