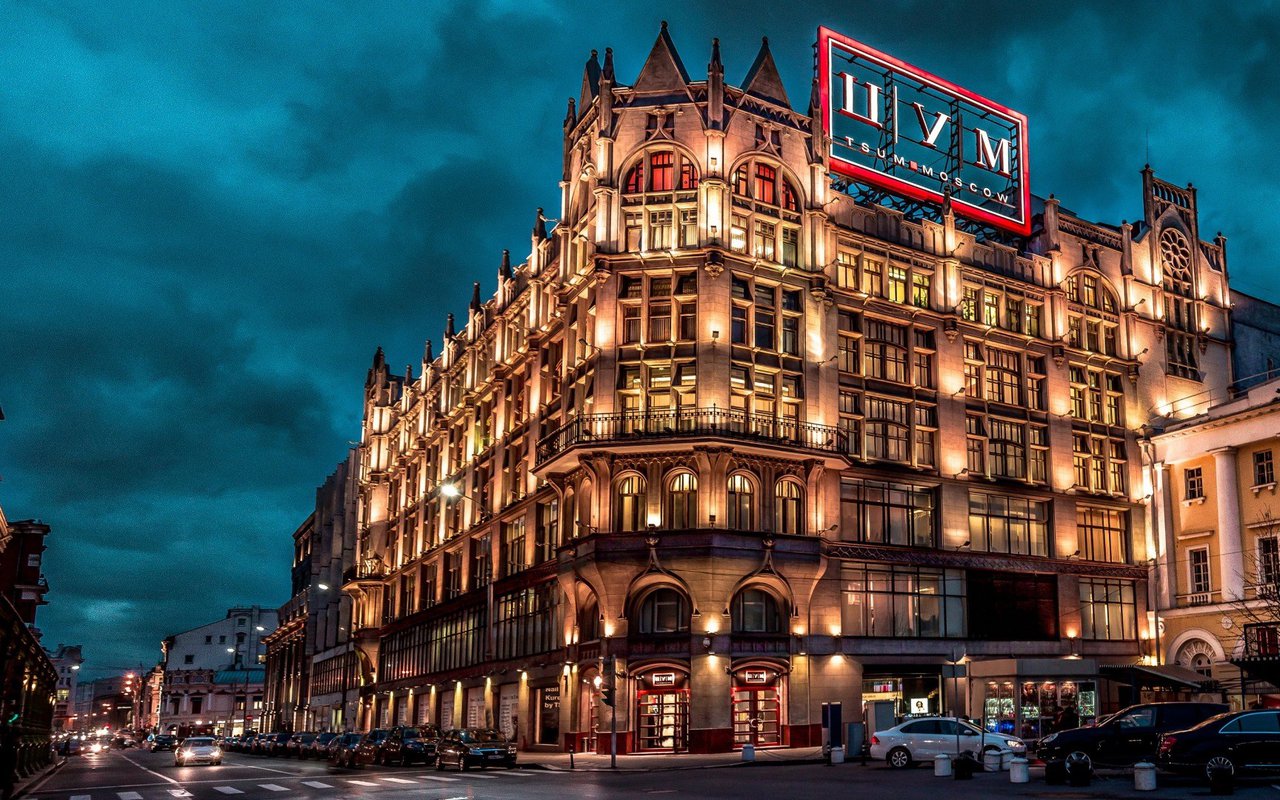 The building in close proximity to the Bolshoi Theater was erected at the end of the 19th century for the Scottish trading company Muir and Mirrielees. The universal store with multiple departments quickly became Moscow's premier shopping attraction, especially due to its retail innovations such as periodic sales and fixed prices for every item. Repeated fires forced the owners to commission a new, more solid building. The new seven-story emporium, designed by the architect Roman Klein in the Gothic Revival style, opened for business in 1908. The reinforced-concrete structures of the building frame are the same design as those used on the high-rise towers in New York. The architecture of the new building set it apart from the surrounding mainly classical cityscape, attracting customers. The shopping center was given its current name, Central Universal Department Store, a few years after the 1917 Revolution. In the postwar years, the TsUM was reprofiled as a high-end store offering premium quality merchandise at higher-than-average prices.

The TsUM is today one of the largest department stores in Europe and Moscow's No. 1 high-end emporium, carrying high-profile designer brands from Europe and Russia, fine perfumes and skin care products, top-shelf jewelry and accessories. One of Moscow's biggest Apple stores is based in the TsUM. There is also a contemporary art exhibition space on the fifth floor.