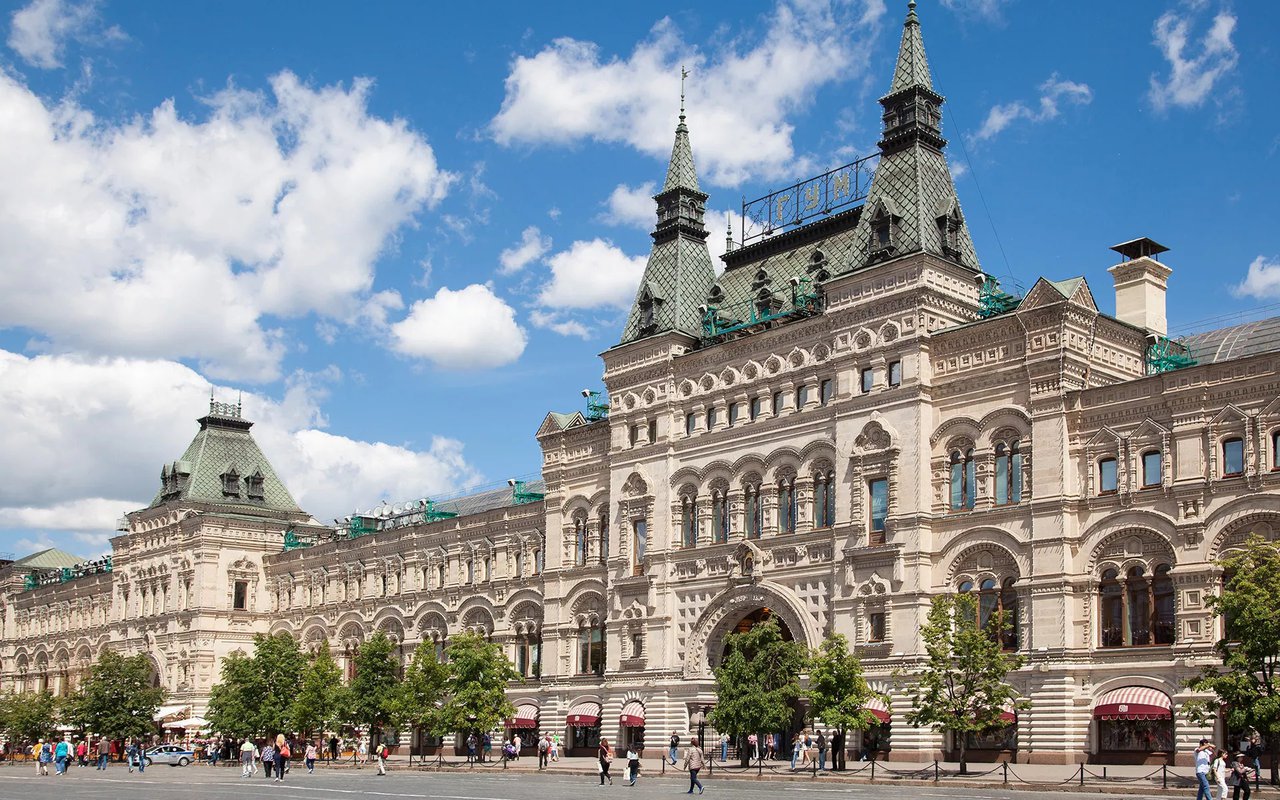 The first shopping mall appeared here in 1893 to become the largest shopping arcade in Europe. The building had a semicircular glass roof, and the shopping passages were connected by elegant overpasses. During the Soviet era, the stores were closed: in the Stalinist era, ministries and government departments were housed here, but after Stalin's death, the State Department Store was restored to its historical appearance and reopened to the general public. In addition to a wide variety of shops, on the top floor of the building, there is a dining hall—one of the first in the USSR with a self-service system.

Today, GUM has preserved its original appearance. A few years ago, the shopping mall restored the fountain built at beginning of the previous century, which is now located in the very center of the building. Special attention should be paid to the shop window displays facing Red Square, which get updated from season to season. Given the richness and originality of their design, they are more like small expositions. There are also artifacts from the Soviet era: people queueing up in the dining room, which serves Chicken Kiev, boiled eggs with green peas, and jellied meat with horseradish. Ice cream in a wafer cone is particularly popular—it is sold on the first floor, and is made from natural products according to Soviet state standards. Here, in the country's main shopping mall, you'll find typical stores selling premium clothing, perfumes, and jewelry, as well as Bosco boutiques. It is definitely worth dropping by GUM just to soak up the historical ambiance.