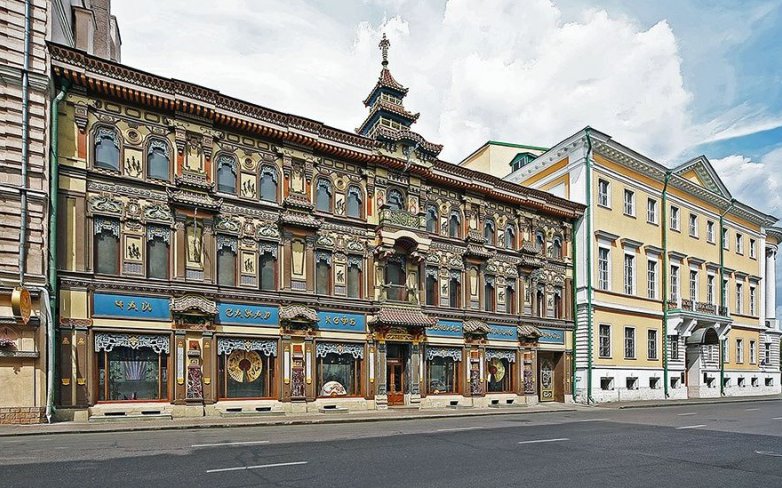 The oldest tea place in the city can be found in an unusual three-story house on Myasnitskaya Street. It used to belong to the Moscow merchant family of Perlov whose family firm had been among the earliest progenitors of the tea drinking culture in the Russian Empire. Sergei Perlov purchased a small commercial property in the center of Moscow at the end of the 19th century, thinking of converting it to a rental house. The design commission was given to Roman Klein, the architect of the TsUM building. Klein designed a late renaissance mansion. The construction was completed in 1891, however, Perlov's close business ties with China compelled him to order the façade redesigned in the Oriental style. The tea house has retained this look, featuring Chinese ornaments and a decorative pagoda gazebo above the main entrance, for over a century.

It has also retained the tea drinking tradition, offering about a thousand varieties of tea and coffee, and staging frequent tea ceremonies and rare tea tastings. Many décor features have been restored to evoke Oriental motifs. The store's interiors are adorned with signs styled after Chinese characters, as well as Chinese flower vases and wall paintings in red and gold hues.