The underground shopping mall near the Kremlin 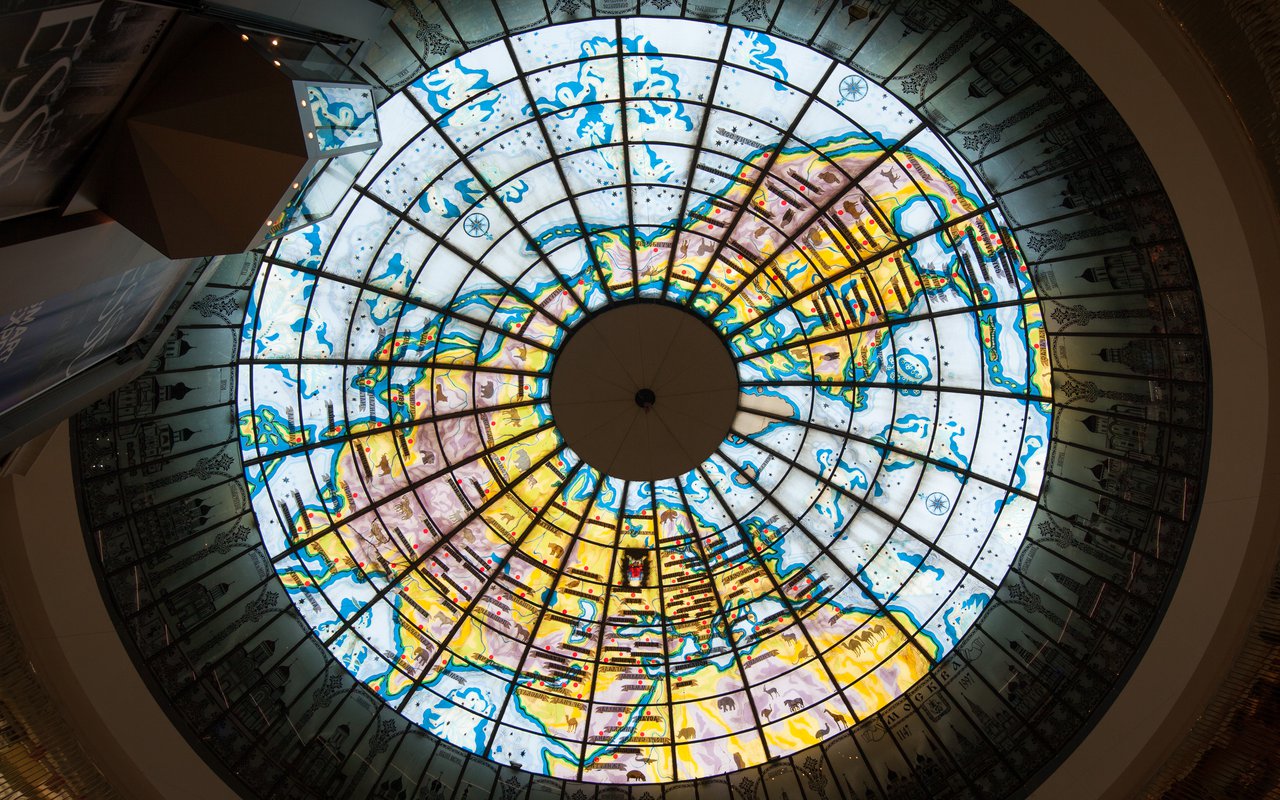 Moscow City Hall announced the design tender for an underground cultural center on Manezhnaya Square at the end of the 1980s. The winning design envisioned a multilevel space with museums, art salons, and restaurants six to seven stories deep. The concept changed during the construction, and the number of underground levels was slashed to three. Opened for Moscow's 850th anniversary in 1997, the Okhotny Ryad Mall has since remained continuously in business, closing only a few days out of a year. Each level references a certain architectural style: baroque, classicism, or art nouveau. The above-ground skylight lets in plenty of daylight. The marble staircases and polygonal transparent elevators add an extra touch of class to the place.

The mall houses over a hundred shops offering both mass market and premium clothing, a few corner stores selling makeup and toiletries, and several gift shops. A permanent feature on the top level is the Matrёshka Russian Designer Fair of exclusive clothing and jewelry.