Business campus on the grounds of a former textile factory 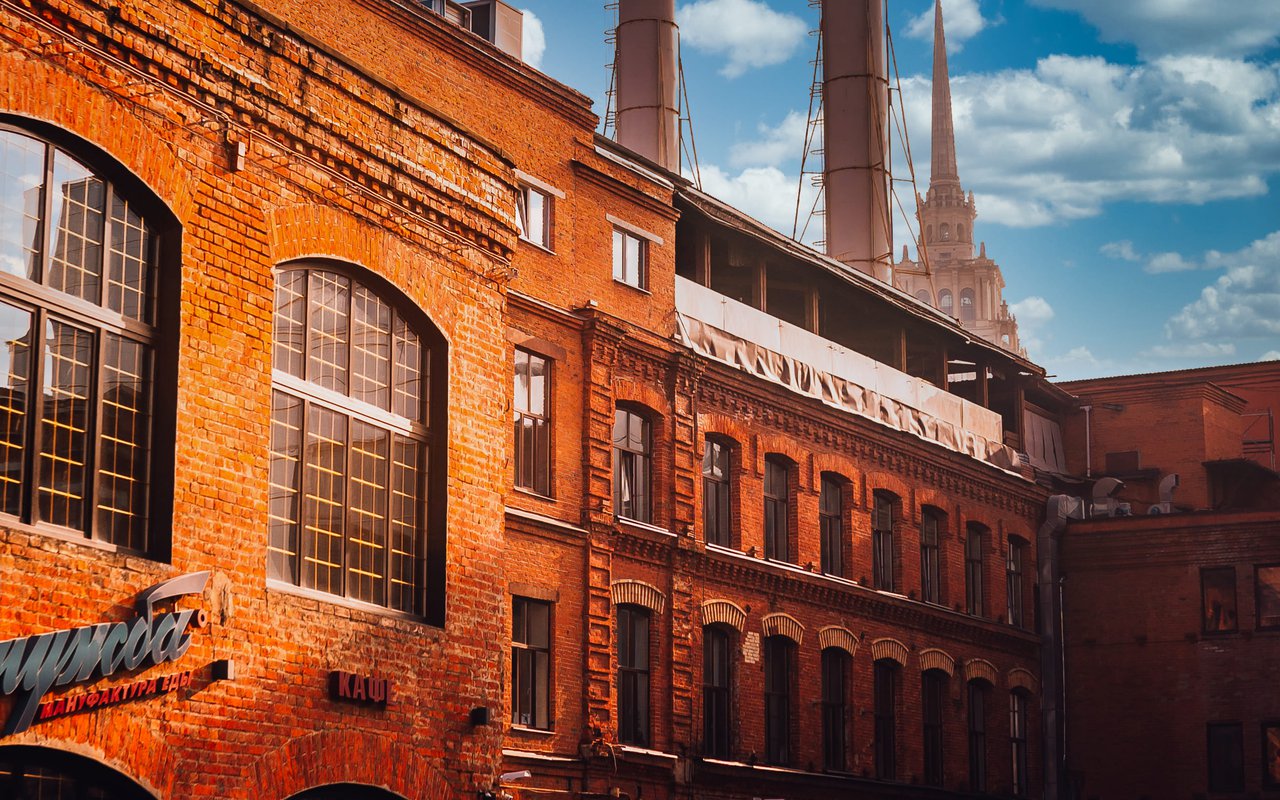 The former textile factory on Rochdelskaya Street had a long and eventful history. Founded in 1799, Tryokhgornaya Manufaktura remained a leading textile factory for decades in imperial Russia. Vladimir Mayakovsky's sister Lyudmila ran the factory in the early 1900s. During Khrushchev's "Thaw" in the early 1960s, the factory offered an outlet for the work of art innovators. Like so many Soviet industrial enterprises, Tryokhgornaya Manufaktura fell into irrelevance following the collapse of the Soviet Union, and eventually new urban life moved in in the form of restaurants, clubs, and stores. The Manufaktura currently boasts a hundred and fifty tenants, from major corporate offices to minuscule startups.

The Manufaktura compound is vast. It can take hours to just walk around amid the former factory shops. Along with numerous offices, there are a dozen clothing stores, most of them small designer showrooms. Among the things you can easily find here are garments made from organically grown cotton and other natural fabrics, hand-made dresses, and unusual décor items. There is no dearth of restaurants for any budget, from coffee corners to wine bars with sprawling suites of rooms.