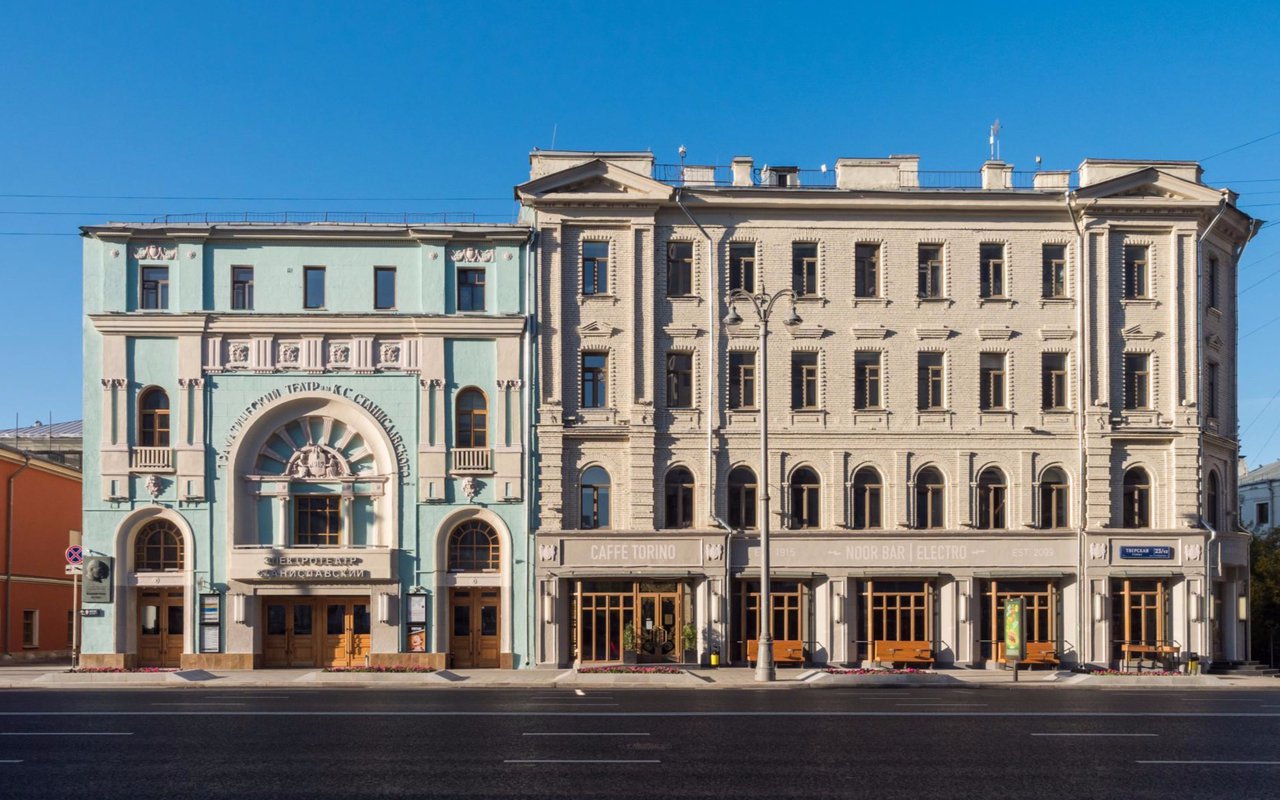 The theater dates back to 1935, when it was an opera and drama studio headed by Konstantin Stanislavsky. At that time, it served as a laboratory and was where the Stanislavsky Method was born. In 1948, the studio became a complete repertory theater. The name Stanislavsky Electrotheater appeared after its radical renovation in 2013, when Boris Yukhanov became the artistic director. He is one of the founders of the Soviet underground theatric movement. The name pays tribute to both Stanislavsky and the Ars electrotheater (a movie room), which was housed in the building at the beginning of the century.

Yukhanov was in charge of the renovation process. Now, apart from the Main Stage, the theater has a Small Stage and the Electric Zone, an open stage. The Electrotheater cooperates with modern composers, and its repertoire features more than ten operas, including Prose, a Golden Mask winner, and Octavia. Trepanation, a Moscow Art Awards winner. The key works, such as Tartuffe, staged by Philipp Grigorian and following the lines of Moliere's play but taking place in Czarist Russia, the diptych Pinocchio. Forest and Pinocchio. Theater, the product of Tukhanov's thirty-year-long creative journey, as well as the Magic Hill, staged by Konstantin Bogomolov, a free interpretation of the work by Tomas Mann. The repertoire features numerous European names: you can enjoy works by Heiner Goebbels (Germany), Romeo Castellucci (Italy), and Theodoros Terzopulos (Greece).

The Electrotheater is home to exhibitions, modern music concerts, performances, lectures, and movie showings. Its door is always open for visitors. You can come to use your laptop, have a cup of coffee, or lunch.