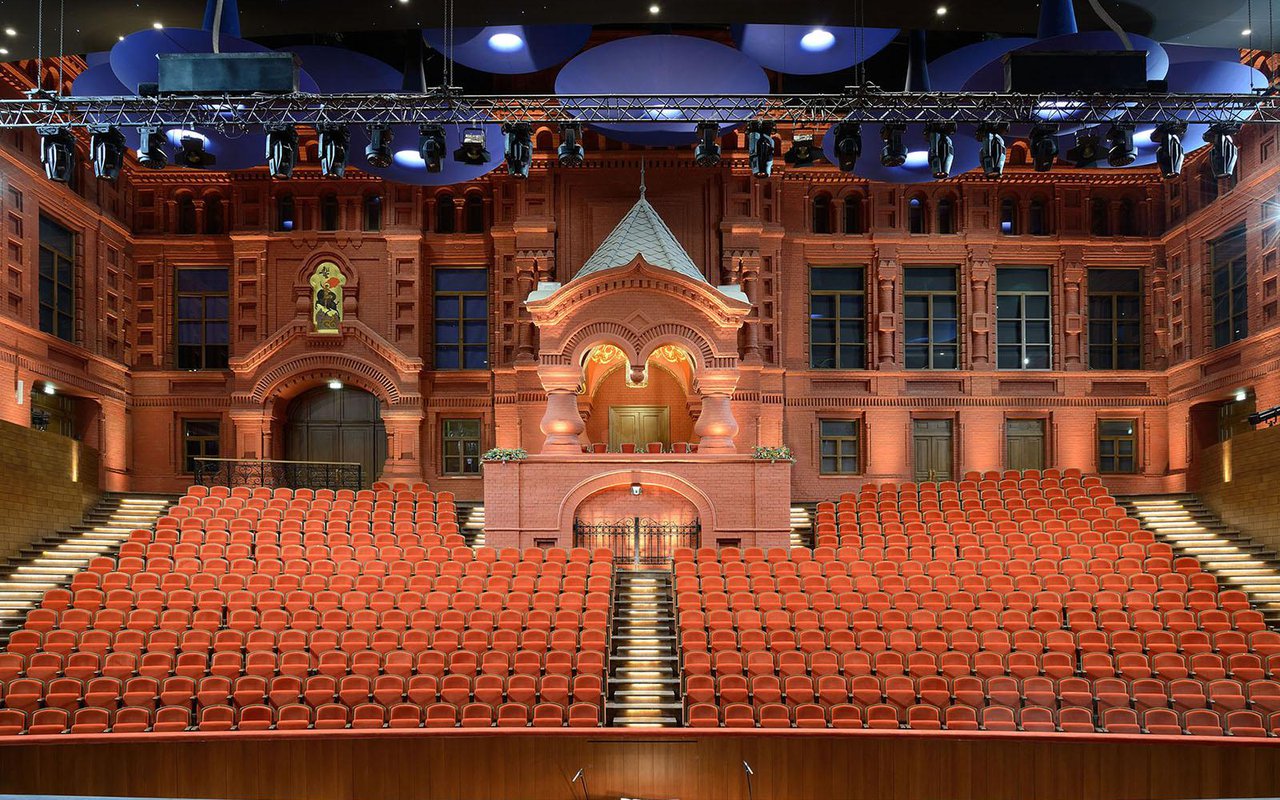 Founded in 1990, Helikon Opera became a symbol of a new theatrical era and earned international recognition. Ever since its establishment, the theater had actively cooperated with the largest European festivals, and its productions featured guest artists and directors from different countries, as well as the best Russian performers.

Legendary vocalists such as Anna Netrebko, Plácido Domingo, and Dmitry Hvorostovsky performed in Helikon Opera, and the list of its famous conductors included Mstislav Rostropovich, Valery Gergiev, Teodor Currentzis, and others.

Helikon's troupe consists of over 500 people. It includes an ensemble of soloists (many of whom are Merited Artists of Russia and winners of international competitions and awards), as well as a symphony orchestra and a choir.

Helikon Opera stages up to 300 performances per year. One of its notable productions is Dmitry Bertman's original interpretation of Georges Bizet's opera “Carmen” which won two Golden Mask awards. Helikon Opera also features contemporary art music—the staging of David Tukhmanov's opera “The Queen” dedicated to the reign of Catherine the Great was an important event for the theatrical world.

The theater's building on Bolshaya Nikitskaya Street is an architectural landmark. The 19th-century manor house was designed by the founders of the Russian Art Nouveau, Fyodor Kolbe and Konstantin Tersky. Backstage tours of the theater are very popular and sometimes come as a gift for purchasing a ticket (you can clarify this information by calling the theater).

Tickets often become available over six months before the date of the performance, and we recommend purchasing them in advance.