One of the theatrical venues today. 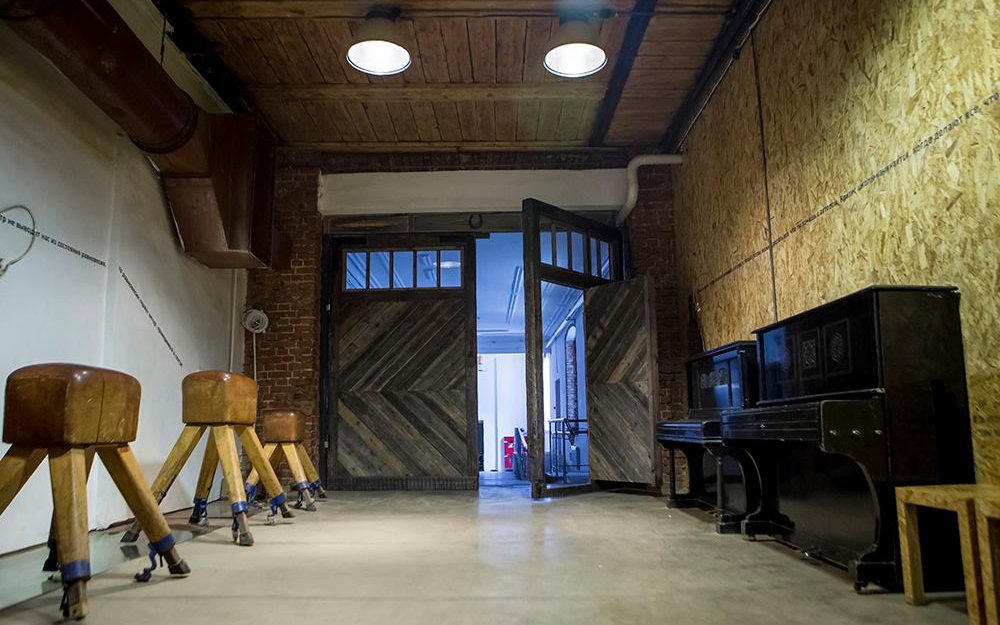 This Theatric Center was founded in 2013 by Kirill Serebrennikov, a stage director, on the basis of the disbanded Nikolai Gogol Drama Theater of Moscow. Its establishment was a major event in Moscow's cultural life. The theater has transcended traditional boundaries and is now the central pillar of Moscow's contemporary art scene and a major attraction for free-thinking and creative people. Kirill Serebrennikov headed the theater for eight years until 2021 when Alexey Agranovich took his place.

The repertoire includes classics that have remained fresh, as well as contemporary and experimental shows. Recently, the latter has included the high-profile Red Cross directed by Ivan Borovin. The plot is centered around the memories of a woman who handled documentation and letters for the International Red Cross during WW2. The show Kafka created by playwright Valeriy Pecheikin and directed by Kirill Serebrennikov is a narrated biography of the author intertwined with scenes from his masterpieces. Daemons is an absurdist psychodrama by Lars Noren staged by one of the most promising young Latvian directors, Elmars Senkovs.

The Gogol Center boasts a structure that is not typical of Russian theaters: several residents and different theater groups work together in it, presenting their own projects and join efforts to create the shows that make up the repertoire.

The theater is home to a number of creative projects. Gogol Music arranges performances for leading Russian and international bands and singers. The Gogol+ discussion club holds regular meetings, discussions, and lectures concerning a variety of topics ranging from the Gogol Center's events to social issues. Apart from the shows staged by Russian and European stage directors, the Gogol Center organizes film screenings, lectures, discussions, concerts, and exhibitions. Spectators can visit the bookstore Gogol Books and N Caffee, which are open all day.