Classic performances and adherence to tradition 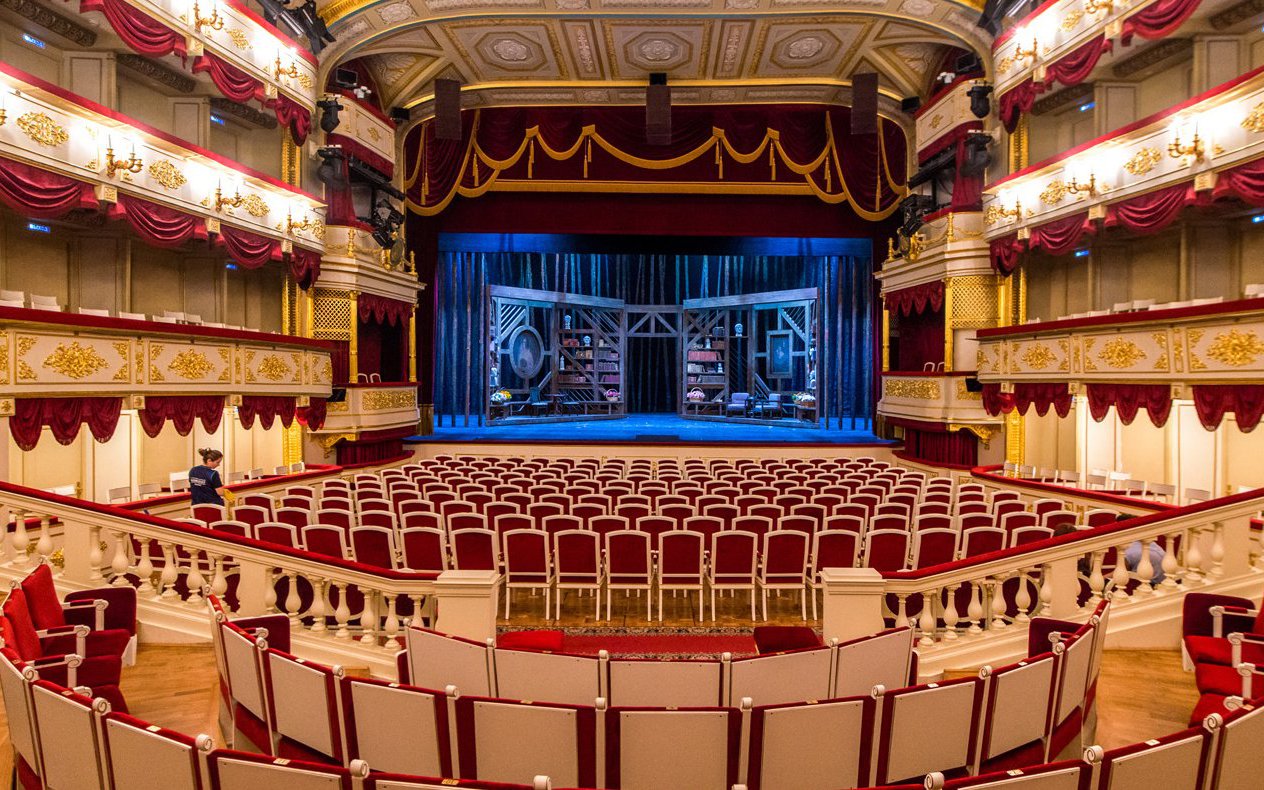 The original troupe of one of Russia's oldest theaters formed at Moscow State University in 1756. However, it was almost a century later that the theater moved to its own building. It is believed that the theater officially opened on October 14, 1824, when a premiere took place in a mansion on Teatralnaya Square. The theater was called Maly (Small) because the building was much smaller than that of the nearby Bolshoi Theater.

The repertoire would present what was the latest trend in literature at the time, masterpieces by Pushkin, Gogol, Dostoyevsky, and Griboyedov. Alexander Ostrovsky was responsible for another great chapter in the theater's life. He wrote 48 dramas for the theater which are still a significant part of the repertoire. After WW2, the theater obtained another hall in an old mansion in Malaya Ordynka.

Since 1998, Yury Solomin, an honored actor and stage director, has been heading the theater, and the troupe consists of actors from the classical school.

The repertoire perfectly suits its audience, who are not ready to accept avant-garde developments, and provides a deeper glimpse into the literature course every Russian goes through in secondary school. It also includes pieces for pre-school children.