A Cinema with a history in a high-rise on Kotelnicheskaya 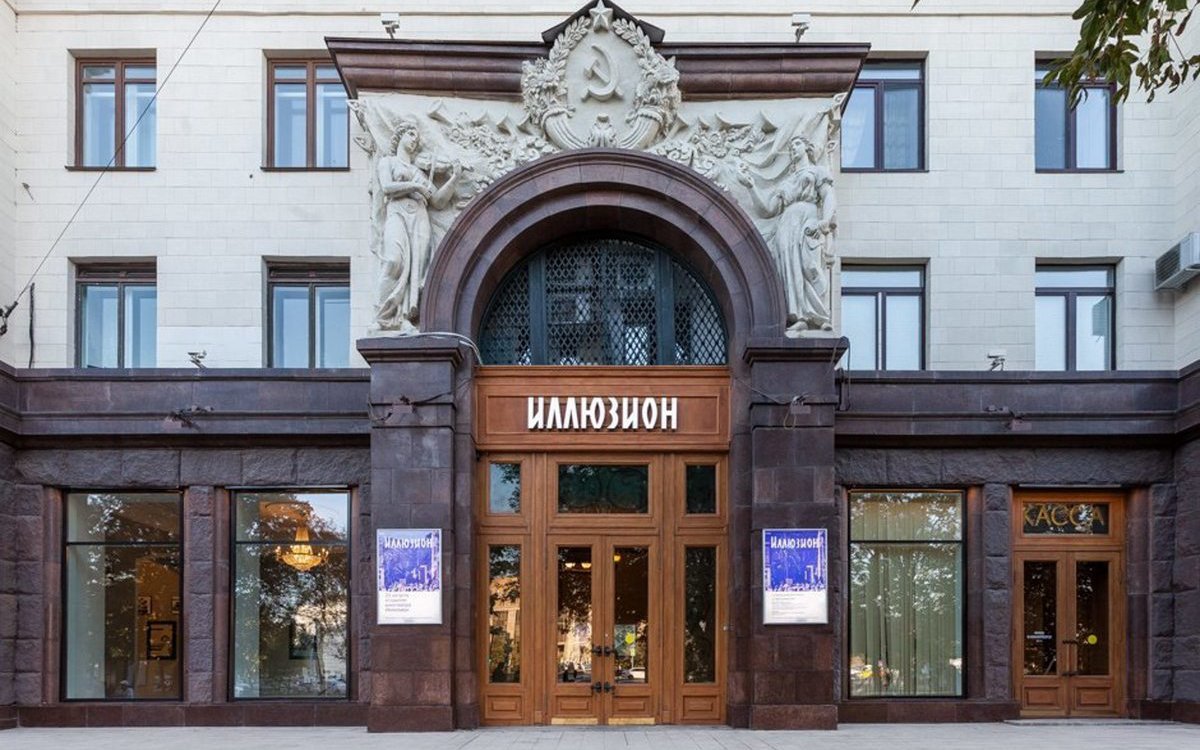 Built in a time remembered as the "Brezhnev era of stagnation", Illuzion Cinema won a cult following with its creative take on film repertoire and its penchant for experiment. The cinema on Kotelnicheskaya Embankment was overseen by the official film archive Gosfilmofond. This, and the fact that many high-ranking communist party members and prominent exponents of the art crowd had their apartments in the high-rise where the cinema was housed explained why Illuzion would occasionally screen films banned by Soviet censors. Its regular repertoire consisted of European classics, playing non-stop from 11:30 in the morning to 9:30 p.m.

Illuzion went on hiatus for renovation, but resumed its creative style right after. The cinema is the venue for many film festivals and premiere screenings. It holds themed film weeks and shows rare films on 35mm film. Some of its programs continue to run under Gosfilmofond oversight. The renovation has restored the historic décor features to the lobby, the red chairs and marble finishing to the viewing room, and a replica of the original sign to the façade.