One of the most famous concert halls in the world 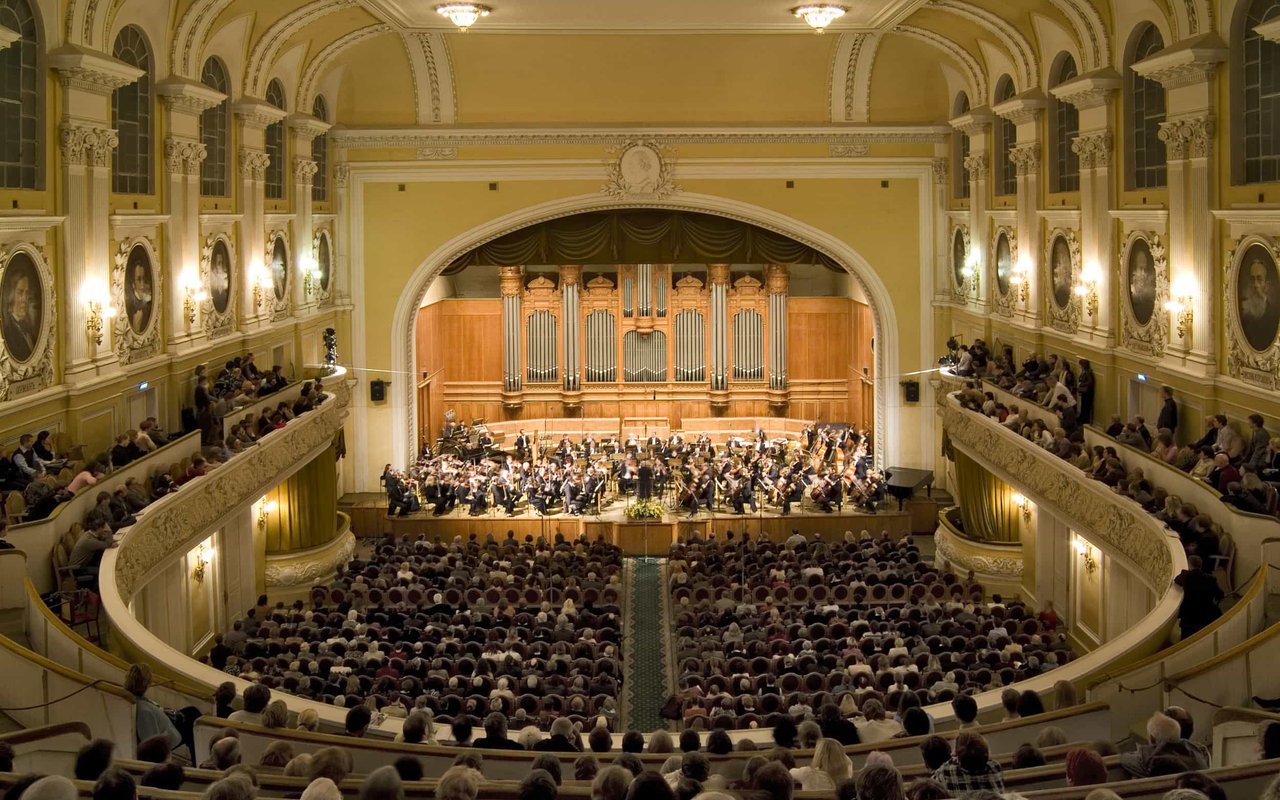 This building in the Classical style on Bolshaya Nikitskaya Street was built in 1790 by Vasily Bazhenov (the designer of the park pavilions in Tsaritsyno) for Princess Dashkova. Almost a century later, the territory with the house was rented and later bought by the Moscow Conservatory, which was founded in the city by imperial decree. The final architecture of the building was formed by 1901, when the Conservatory opened its Great Hall, which was a welcome addition to the other two venues.

In the last century, the Conservatory was the alma mater of many famous composers, who both graduated from the institution and returned there as teachers. At various times, Dmitry Shostakovich, Alexander Skryabin, Mikhail Starokadomsky, Aram Khachaturian, and Leonid Kogan were among the professors of the conservatory. Today, the Moscow Conservatory remains a prestigious institution where one can get a fundamental musical education, and its halls constantly serve as venues for both report concerts and free programs.

Most concerts take place in the Great Hall, famous for its painted stained glass windows and portraits of composers on the walls. There you can hear classical instruments — from the organ to soprano singers. The Small Hall is usually used for student performances, and the Rachmaninoff Hall for piano and violin concerts.