Classical and experimental plays in an old department store 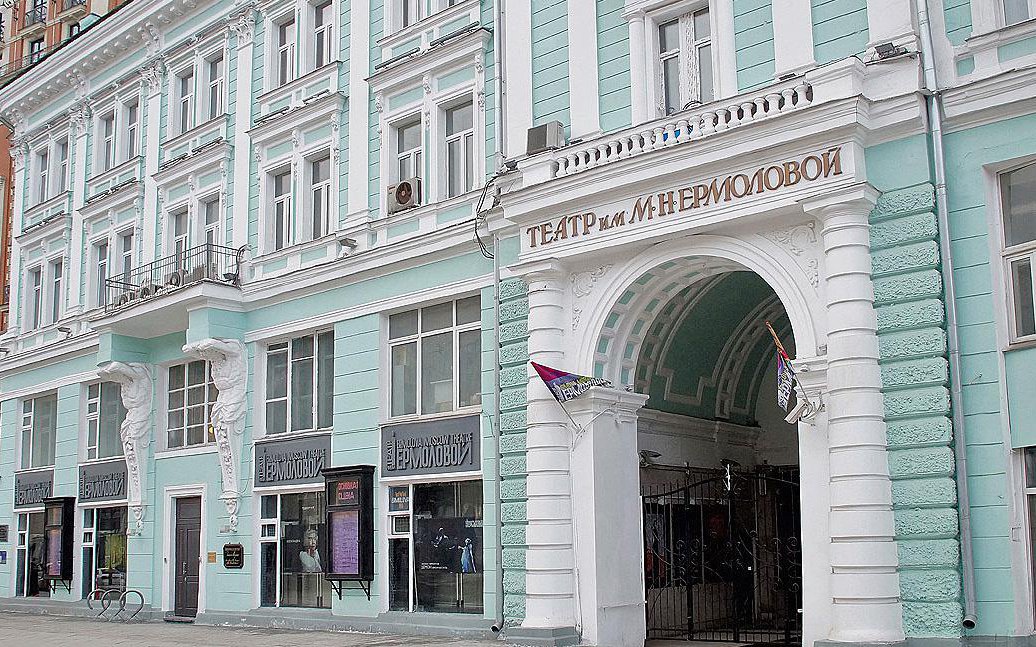 Founded in 1925 as a touring theater, the Yermolova Theater eventually settled in Postnikovsky Passage, a building with mezzanines from 1830, which was intended as a shopping arcade.

The troupe consisted of the Maly Theater's studio graduates. They asked the legendary actress Maria Yermolova for permission to use her name for the new troupe. By that time, Yermolova had left the stage and become reclusive. The theater gained popularity in the 1970s after staging the plays of playwright Alexander Vampilov.

The theater's modern history started in 2012 when Oleg Menshikov became its artistic director. The theater holds a series of events titled “Cinema on Stage”, with actors reading a movie's literary version on stage, and parts of the movie without actors shown on the screen. One of the most important performances in the theater's repertoire is Maxim Didenko's Text—a cybernoir experiment combining French and

American movies of the 1950s and novels about human lives being completely invaded by technology. In the “Dream Orchestra. Copper,” Oleg Menshikov performs a series of miniatures accompanied by live music. The Government Inspector is an adaptation of Gogol's famous play about Khlestakov and the Mayor, but it is told without any words, through acting alone.