The Modern Drama Theater of Moscow

The name says it all 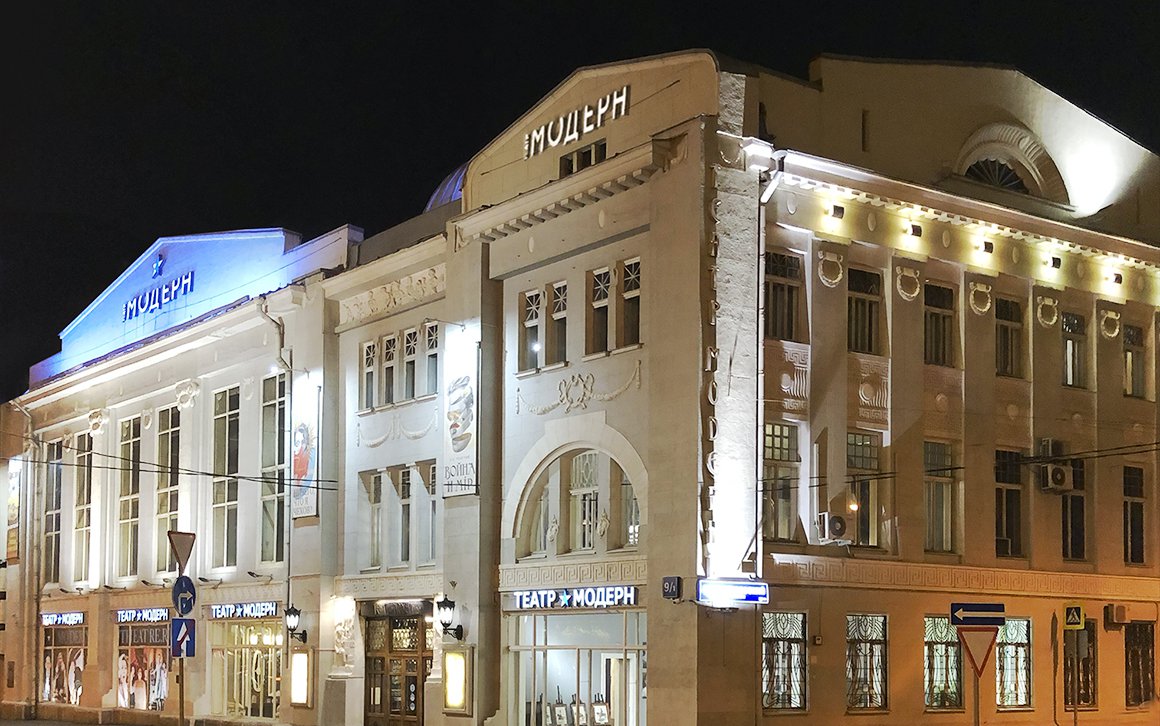 In 1987, a group of Shchepkin Theatric College graduates formed a troupe at The Moscow Experimental Youth Theater. The young troupe then received a chance to create a new theater, and that unique chance is what set it apart.

In 2016, Yury Grymov became the artistic director of Modern. The theater lives up to its name, as the repertoire consists mainly of modern pieces. However, it does include classic pieces too. For example, War and Peace, directed by Grymov, involves the entire troupe. Irena Belousova, a Golden Masque award winner, designed 423 costumes for the performance which replicate the era in even the tiniest detail. Brave New World, based on Aldous Hucksley's dystopian satiric work, boasts unique decorations and lighting effects. The Modern is the first Russian theater with the privilege to stage the production based on the worldwide bestseller.

The theater offers a broad range of plays for children of all ages, including the Little Donkey based on the eponymous fairy tale by Tatiana Makarova, which is perfect to attend with your kids.