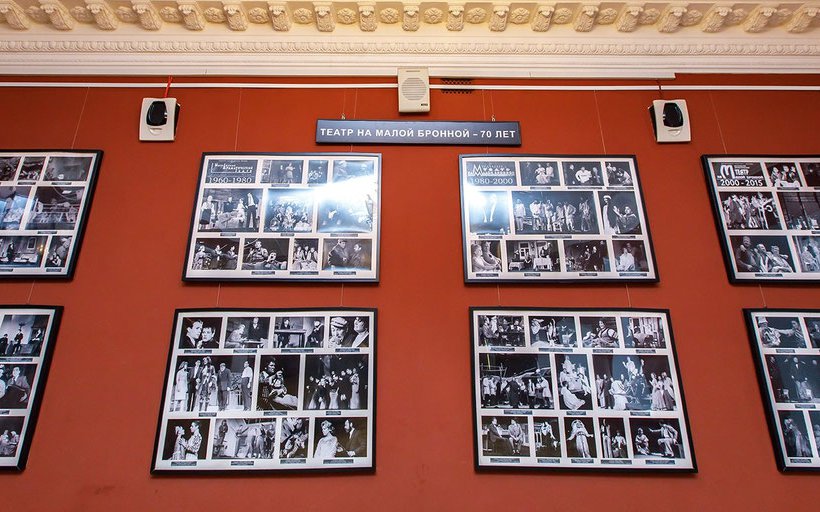 The theater was founded in 1945 and its repertoire originally consisted of war dramas. Later, the theater added Russian and foreign classical pieces. In 2019, Konstantin Bogomolov, a stage director, took charge of the theater. He is famous for his outstanding original interpretations of classical and modern plays.

The building was designed by Karl Gippius, chief architect of the Moscow Zoo. On February 1, 2020, the theater was closed for renovation. However, shows do take place at the Palace on the Yauza and other temporary venues.

In Demons by Dostoyevsky, Konstantin Bogomolov describes his own experience of reading the eponymous novel. The Well-Wishing Ladies was staged by Mikita Inyinchik, a young stage director, based on the famous work by Jonathan Littell. The mere fact that the play was staged in Moscow made a bang. Littell had long declined offers from other Russian directors but considered Ilyinchik's version to be convincing.

The Drama Theater on Malaya Bronnaya tailors its shows to an audience that is ready to accept a radical theatrical idiom. However, the repertoire also includes traditional shows for those aged 6+.