Theater in Moscow Hermitage Garden with a unique auditorium 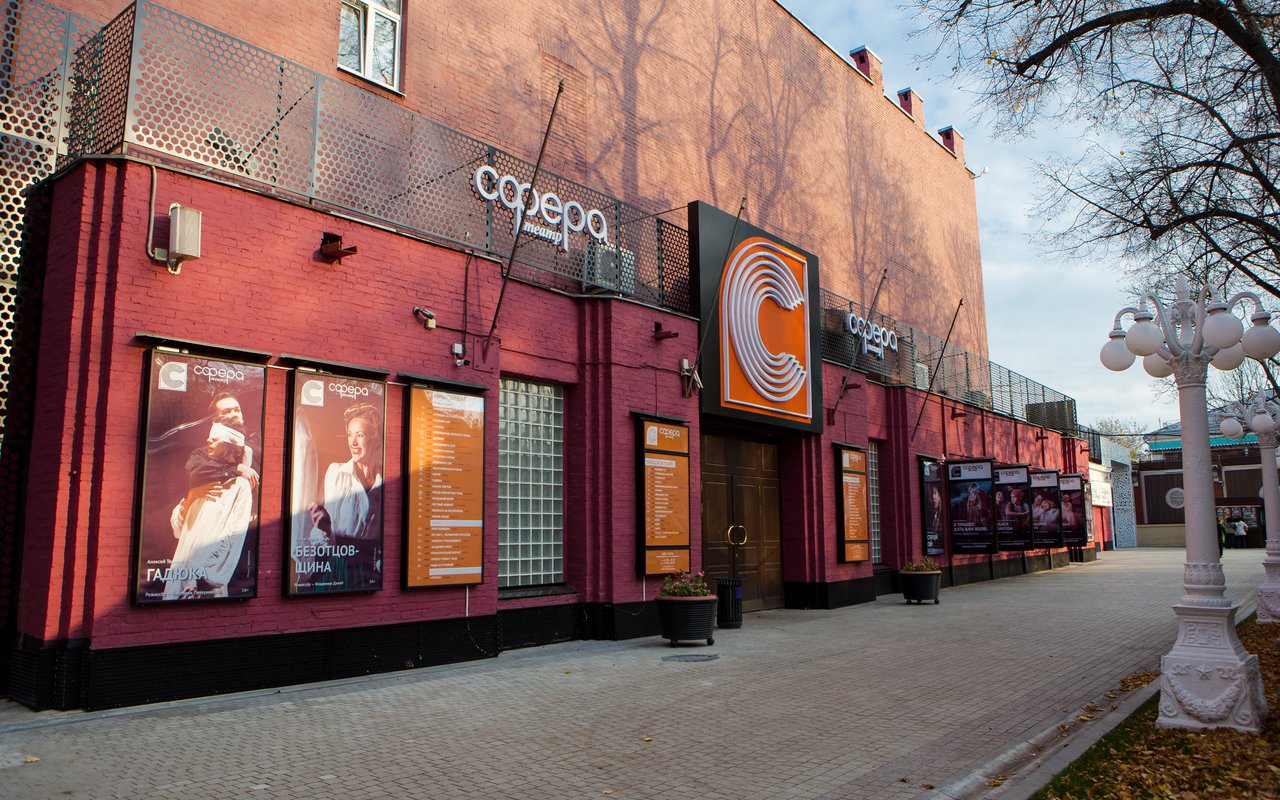 The theater's main feature is the lack of traditional separation between a stage, a pit, and a balcony. The space is organized as a circular amphitheater with acting areas in different parts of the hall.

The authors have always been interested in original plays by Russian and international writers, as well as adaptations of prose works. Sphera stages works by Nikolay Gumilyov, Vladimir Nabokov, Boris Pasternak, Mikhail Bulgakov, Andrei Platonov, and other classics.

Popular performances include The Garin Death Ray by a young yet famous director Gleb Cherepanov. The repertoire also includes numerous children's performances such as Minnie—a comedy for children and adults, adapted from a novel by famous Dutch writer Annie Schmidt.

The theater is located in Moscow Hermitage Garden—one of the city's first entertainment gardens that remains a popular recreation spot among Moscow residents and guests. The garden has fountains and gazebos, a squirrel house, a summer stage, a dovecote, cafes and restaurants, a playground, and a children's club. In winter, there is a skating rink with skate rental and individual lessons with a coach.