Juno and Avos and other landmark pieces by Mark Zakharov 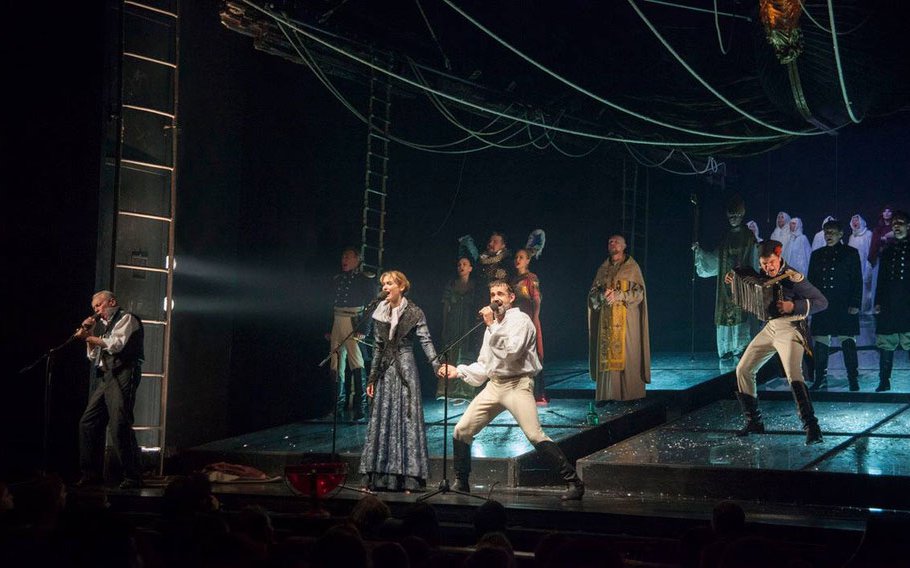 The Lenkom theater was founded in 1927 as the Young Workers' Theater, and the city administration granted it a mansion in Malaya Dmitrovka. Mikhail Chekhov, founder of a one-of-a-kind world-renowned acting school, was its first leader.

Under Mark Zakharov, who headed Lenkom for 46 years, it became one of Moscow's most popular theaters. Lenkom has always boasted its own signature style showcasing a spectacular manner of presentation and poignant acting.

Its current repertoire mainly consists of classical pieces. Lenkom continues to put on shows which have been running there for decades and which hold a special place in spectators' hearts. The landmark rock opera Juno and Avos, libretto by the poet Andrey Voznesensky and music by Alexey Rybnikov, a famous Soviet composer, premiered in 1981. The Jester Balakirev depicts a drama taking place during the reign of Peter the Great, starring Alexander Lazarev, Maria Mironova, Viktor Rakov, et al. The return of the Memorial Prayer after a 20-year break, a piece by Grigory Gorin, was a milestone event. The new version is more contemporary, although it retains the venerable Lenkom tradition. Shows for children are less common, and most performances are 16+. It is advisable to buy tickets beforehand.