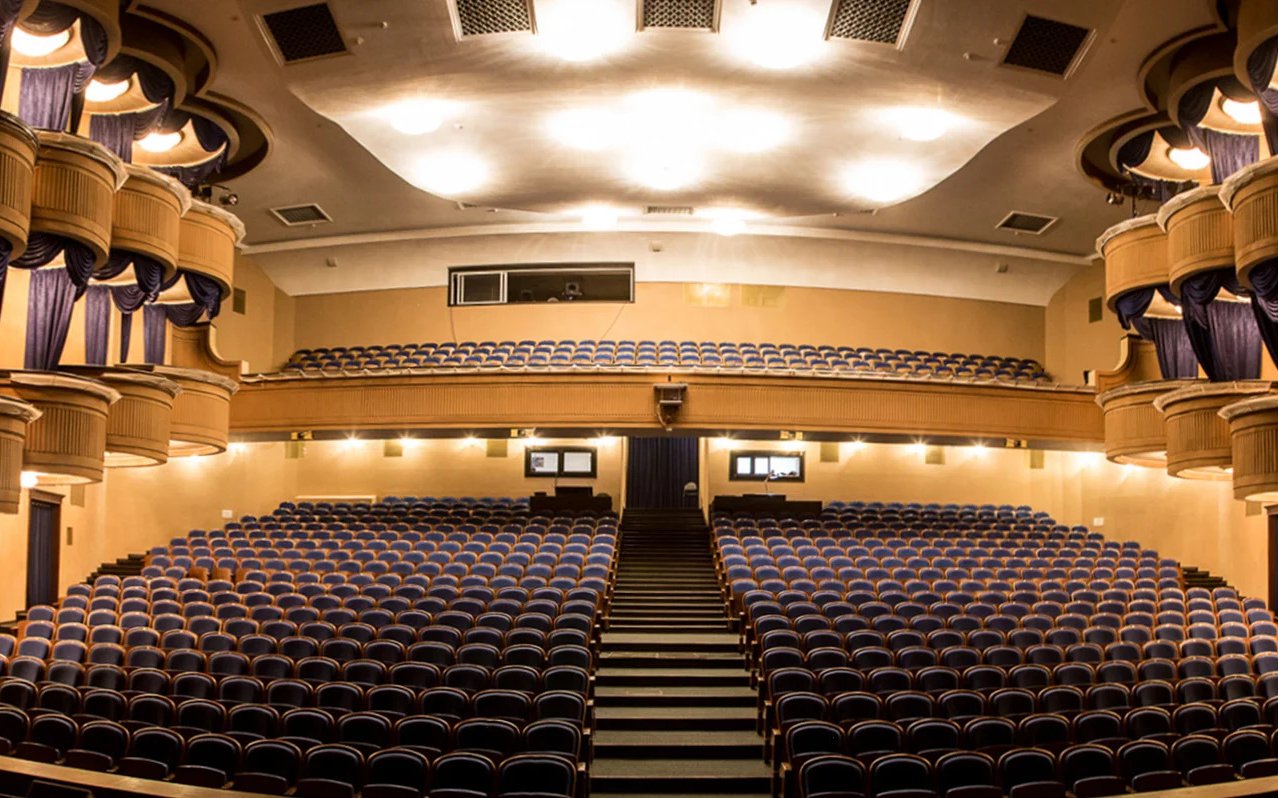 The theater was created in 2013. Its artistic director, actor Sergey Bezrukov, said his goal was to create “a theater for people,” following the Italian opera and theater director Giorgio Strehler. According to Bezrukov, Gubernsky Theater's main focus is the life of regular people.

The Gubernsky Theater was created as a result of merger between the Ostrovsky Theater and the Moscow State Chamber Theater.

The repertoire includes plays such as Enough Stupidity in Every Wise Man—a new version of Oleg Tabakov's iconic play that had been successfully staged in his theater for over 15 years. Sergey Zemlyansky's Caligula is based not only on Camus' play but also on historical materials and stories by other authors. The play's genre is plastic drama, i.e., a play without words.

The Moscow Gubernsky Theater was Russia's first theater to stage plays accompanied by an audio description, i.e., a form of narration for visually impaired members of the audience. The theater installed the required equipment, and actresses Irina Bezrukova, Anna Tsang, and Elena Khabarova completed training in audio description. Seven plays are currently accompanied by an audio description: Diamond Cut Diamond, Pushkin, Cyrano de Bergerac, The Sleep of Reason, The Jungle Book—Mowgli, Treasure Island, and The Cherry Orchard. The theater is also equipped with wheelchair ramps and a special elevator for disabled persons.