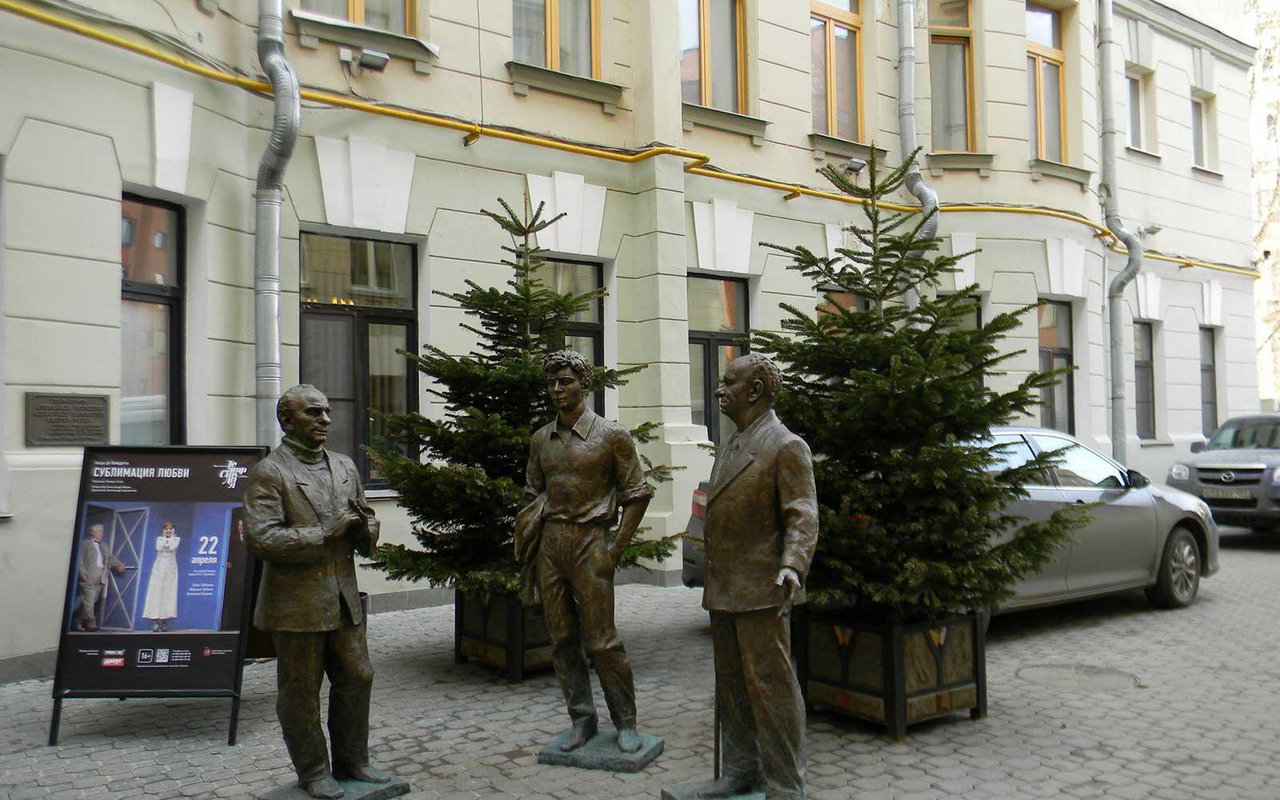 This theater complex with a production department and a theater school used to be a theater studio led by renowned actor and director Oleg Tabakov. The theater has two stages—on Malaya Sukharevskaya Square and Chaplygin Street.

After the death of Oleg Tabakov, actor and director Vladimir Mashkov assumed the position of the theater's artistic director. The building on Sukharevskaya Square was reconstructed under his leadership and became a new city landmark thanks to its unusual lobby with mirrored walls. The theater offers guided tours which you can buy a ticket for.

Popular plays include And Then There Were None adapted from Agatha Christie's play based on the author's novel. Vladimir Mashkov plays one of the lead roles; costumes were designed by fashion designer Valentin Yudashkin, and scenery—by sculptor Alexander Rukavishnikov, author of many monuments in Moscow, such as Fyodor Dostoevsky Monument near the Russian State Library and Yuri Nikulin Monument next to the circus on Tsvetnoi Boulevard.

The theater's repertoire combines performances that have been on stage for decades and those created by graduates of the Oleg Tabakov School. Madonna with Flowers about the hardships of a mother and her newborn child during the Second World War, staged by Alexander Marin and starring young actors of the troupe, is one of the best performances in Tabakov Theater.

In Matrosskaya Tishina adapted from the play by Alexander Galich, Abraham Schwartz is played by Vladimir Mashkov, 29 years after he starred in Tabakov's first production of the play.