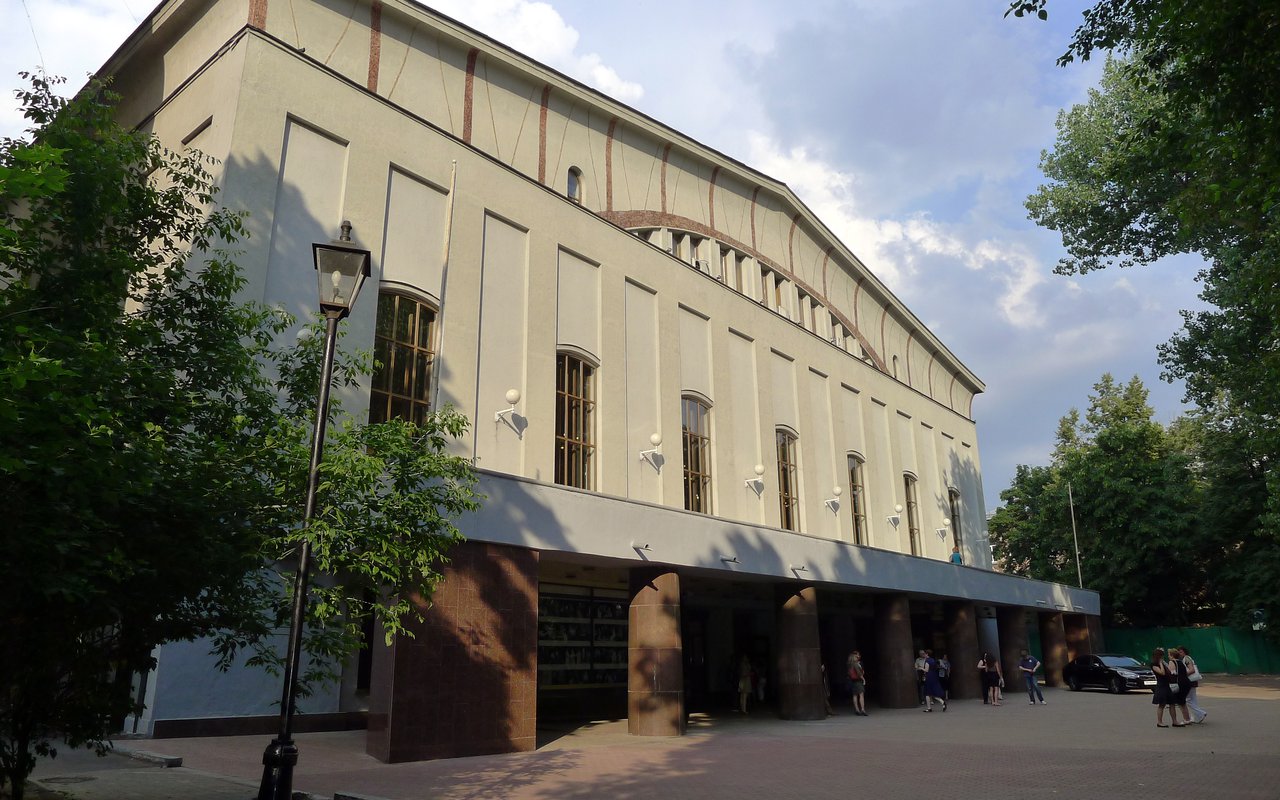 The theater was founded in 1923, and 30 years later it got its current name, as it was located in the Aquarium Garden, one of the capital's earliest amusement parks. In the early 20th century, there were a skating rink and summer houses in the park, and there was an aquarium in one of the latter. The theater has been home to performances featuring actresses Lubov Orlova and Faina Ranevskaya.

The Mossovet Theater stages shows based on works written by legendary Russian and international playwrights, as well as young writers. It deliberately invites directors working in different and sometimes mutually antagonistic genres and schools. The theater has two stages. The Main Stage is home to classic plays, while the Under the Roof Stage puts on experimental shows. Since 2020, the theater has been headed by Evgeny Marcelli, an actor, stage director, and Golden Mask award winner. The performances feature renowned actors such as Viktor Sukhorukov, Olga Ostroumova, Alexander Domogarov, Yulia Vysotskaya, Gosha Kutsenko, etc.

The most famous shows include The Storm Is Over based on the play by Dmitry Merezhkovsky, a Silver Age playwright. Jesus Christ Superstar is both a rock opera and a play arranged in the tradition of the Russian theatric school. A Hero of Our Time, based on the play by Yuri Yeryomin, renowned for his detailed and thoughtful interpretations of Russian classical works, should interest a younger audience.