The leader in romance 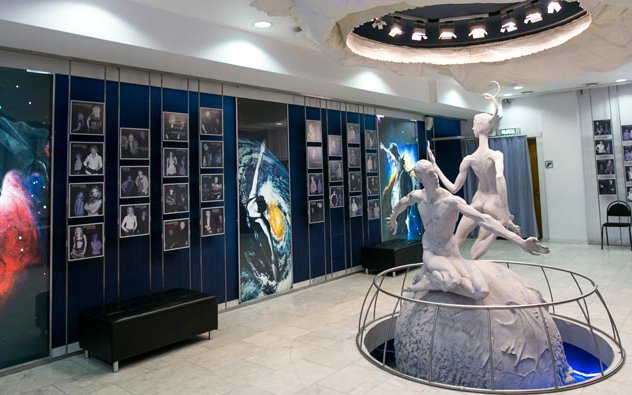 The audience watched the first performance of Luna Theater in a small basement in 1993: it was Byzantium adapted from Nikolay Gumilyov's romantic tragedy. The theater was founded by director Sergey Prokhanov.

“The moon (‘luna’ in Russian) is the closest cosmic body to our planet, which excites our imagination and evokes the most poetic associations,” that's how the director explained his choice of the name.

In 2004, the theater moved from a small basement in Bolshoy Kozikhinsky Lane to a mansion on Malaya Ordynka. The Art Nouveau building was designed in 1910 by architect Ivan Kondakov, one of the designers of the artists' village, Sokol. Two auditoriums and a lobby were created for Luna Theater; everything is designed in the theater's signature style—arch bridges with wrought iron railings, shining mirrors, a sculpture of two lovers on the moon.

Luna Theater stages dramas, comedies, musicals, and children's plays. Tender Is the Night, adapted from Fitzgerald's novel, is considered the theater's signature; the play has been consistently staged for over 20 years. One of the most famous performances of the children's repertoire—Mary Poppins Next—to the music of Maksim Dunaevsky is a modern interpretation of the old fairy tale. New performances designed for teenagers are regularly added to the repertoire: high school students will enjoy the production of Anichkov Bridge based on short stories of St. Petersburg writer Lydia Charskaya.