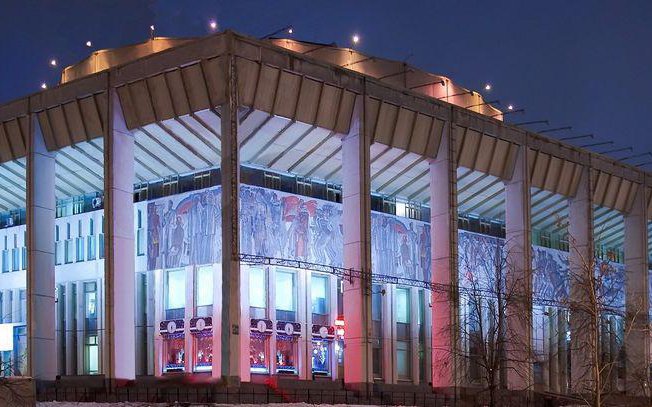 The theater is located in the Moscow Palace of Youth. Its first permanent project was the Broadway musical—42nd Street—starring American actors.

The theater's signature production—The Phantom of the Opera—premiered in 2014. The large auditorium was rearranged for the performance and expanded to 1,800 seats. The theater's repertoire includes famous Broadway musicals adapted for the Russian audience: CATS, MAMMA MIA!, Beauty and the Beast, ZORRO, The Sound of Music, CHICAGO, The Phantom of the Opera, Dance of the Vampires, Ghost. Last season's premiere was the Chess musical. The Broadway musical was created by Tim Rice, playwright, winner of Oscar, Tony, Emmy, and Grammy awards and author of the iconic Jesus Christ Superstar musical, as well as composers Benny Andersson and Björn Ulvaeus—songwriters and members of the Swedish musical group ABBA. The Chess talks about the competition between Russian and American grandmasters amidst the Cold War.

The Little Shop of Horrors musical was created by Alan Menken and Howard Ashman, authors of Disney classics such as The Little Mermaid, Beauty and the Beast, and Aladdin. The musical's songs are accompanied by a live rock band which alludes to classic rock 'n' roll, blues, and American theater music.