Theater in the Southwest

Chamber theater with an unusual repertoire 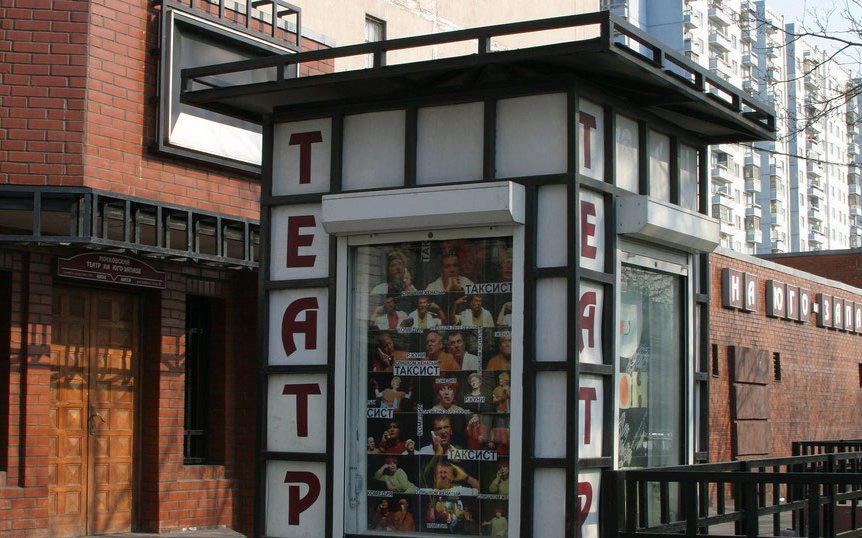 An amateur theater studio united workers and students of the southwestern districts of Moscow. They built the theater on Vernadskogo Avenue practically on their own. Director Valery Belyakovich became the head of the theater.

The theater stages about 40 plays based on the works of Russian and foreign classics, from Shakespeare to Gorky, and contemporary authors, from Vladimir Sorokin to Viktor Erofeev. The Theater in the Southwest has been collaborating with the Japanese Towan Theater for a long time.

Me, Grandma, Iliko, and Ilarion is a lyrical story about life in a small Georgian village during the Great Patriotic War. In Playing Napoleon, the stage turns into a huge chessboard where characters play their game, forging alliances, exposing conspiracies, making plots.

The repertoire also includes performances on unexpected topics, for example, Cameras—a phantasmagoria by Valery Belyakovich where two human embryos go for a walk through an open window of a country house. One of the most famous performances of the Theater‍ in the‍ ‍Southwest is Dogs. Valery Belyakovich staged the parable about the fate of stray dogs back in 1987. It has never left the repertoire except for short periods. The characters are animals talking about the people who abandoned them. The performance is intended for viewers of all ages.

The theater's auditorium is rather small, so we recommend purchasing tickets in advance.