The Theater of Nations

A theater without a troupe but with iconic productions 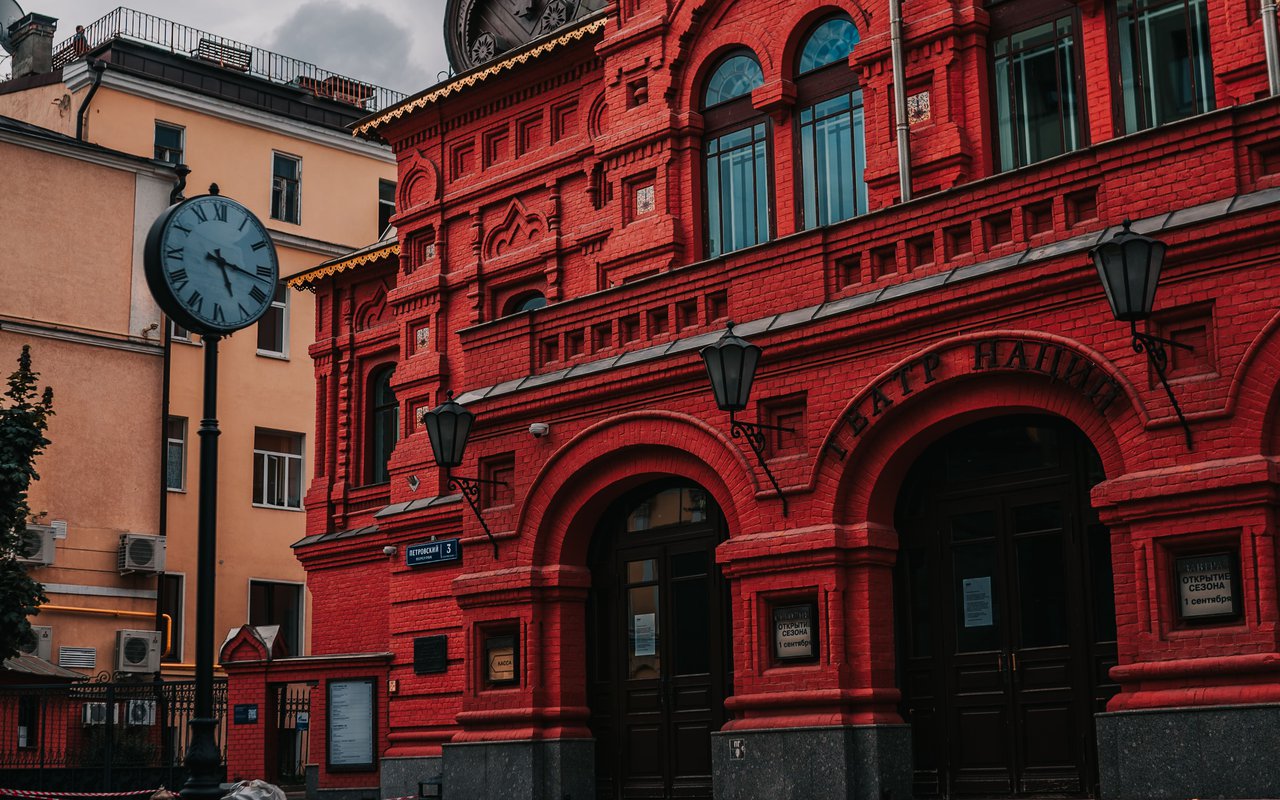 The Theater of Nations occupies the building of Russia's largest privately-owned drama theater, which was open in 1885 by Fyodor Korsh. The Neo-Russian building, designed by Mikhail Chichagov, was erected specially for Korsh, a renowned theater agent, over a record-breaking four-month period. This was possible thanks to generous donations by the Brothers Bakhrushiny, who were eager to see another privately owned theater appear in Moscow. Its biggest advantage was its state-of-the-art equipment and that it was the first electrified theater in Russia, before even the Maly and the Bolshoi theaters.

In 2006, Evgeny Mironov took over the theater and directed a renovation process. Around the same time, the New Space of the Theater of Nations opened on Strastnoy Boulevard, which is home to numerous exhibitions, workshops, shows, and concerts.

The theater does not have a troupe. However, many shows feature renowned actors, such as Liya Akhedzhakova, Chuplan Khamatova, Ingeborga Dapkunaite, etc. The artistic director, Evgeny Mironov, hits the stage too.

The repertoire is very diverse, as it features both the classics and immersive performances. One such iconic show that recently premiered is Gorbachov staged by Alvis Khermanis and based on a play about the life of the last leader of the USSR and his wife, Raisa Maksimovna Gorbachova, starring Evgeny Mironov and Chuplan Khamatova. Uncle Vanya, staged by Stephane Braunschweig, stage director at the Odeon Theater in Paris, is wildly popular. The repertoire also includes shows for children, such as the Blue Bird, a musical performance combining elements of a stage show and philosophical parable. It is advisable to buy tickets up to 30 days in advance because they usually sell out by then.