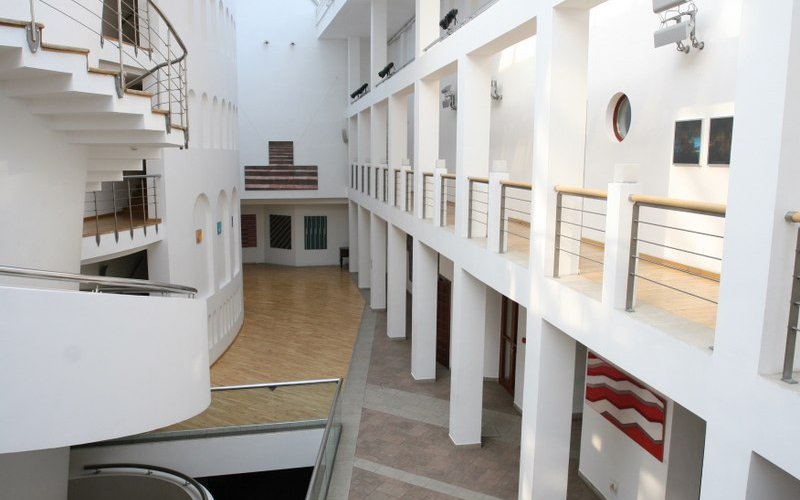 Members of the School of Drama Art Theater are always looking for new ideas and are not afraid of experiments on stage. The theater was founded in 1987 by director Anatoly Vasilyev. It combines a play theater and a theater laboratory.

The theater's first production was Six Characters in Search of an Author adapted from the play by Italian playwright Luigi Pirandello. It created a true revolution in the theater community and introduced many people to a new type of art: improvisation.

The building on Sretenka street was constructed in the early 2000s. It was designed by Vasilyev himself, together with a group of architects. The theater has no regular stage, but it does have a lot of spacious and light halls with white walls and wooden floors.

Noteworthy performances include Gvidon—an innovative opera by composer Alexander Manotskov, created for the choir of the School of Drama Art, which won the Golden Mask award in the Experiment nomination. Despite the common belief that Marina Tsvetaeva's plays are not suitable for staging, Igor Yatsko managed to find a stage equivalent to The Stone Angel—a play that was considered lost and was only found in the mid-60s. The director combines drama with a small concert featuring bells, harpsichord, organ, lute, and tabor pipe.