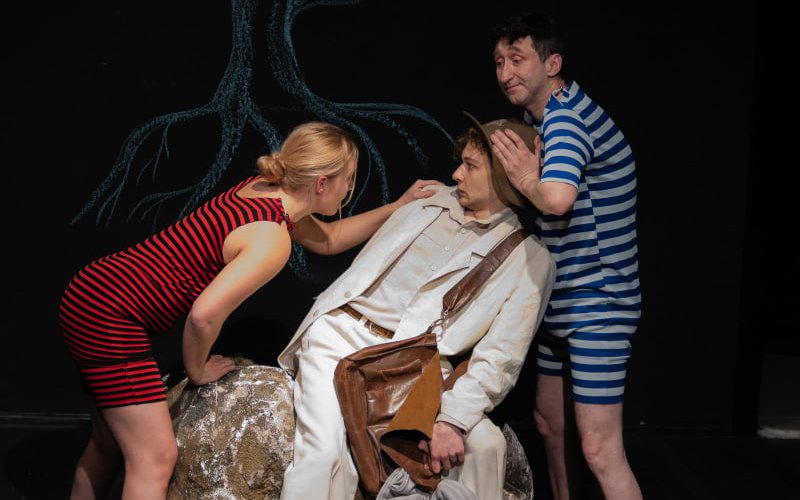 The theater was founded in 2002 by playwrights Elana Gremina, Mikhail Ugarov, and Alexander Rodionov in the basement of a residential building. The stage was build from planks that had been lying idly around the neighborhood. Renowned actors and playwrights, the actress Ingeborga Dapkunaite, and playwrights Ivan Vyrypayev and Maksim Kurochkin, started working with the theater from day one. The theater has changed location several times over the past few years; the last venue is called DOC on the Island, as it is located on Balchug Island.

Most shows are documentaries; they are based on real events involving real people, the spoken word, and excerpts from interviews. The shows highlight topical social, political, and civic issues.

They have won numerous Russian and foreign festival awards. One of the theater's projects, the Witness Theater, involves witnesses to various types of events.

The Budushcheye.doc show is based on monologues by 13 to 17-year-old youths from 15 countries, who describe their personal problems, political views, and visions of the future.

Bursaki: God of Schrodinger is part of the Bursaki project based on the transcripts of stories by Orthodox Seminary students. The Man from Podolsk by Dmitry Danilov, a two-time Golden Mask award winner, also deserves attention.

Although most shows are marked 18+, the repertoire includes shows oriented to teenagers. For example, Greeks. Edyp. Medea is based on Greek Mythology and uses a bare minimum of historic costumes and decorations.