6 biking routes in the parks 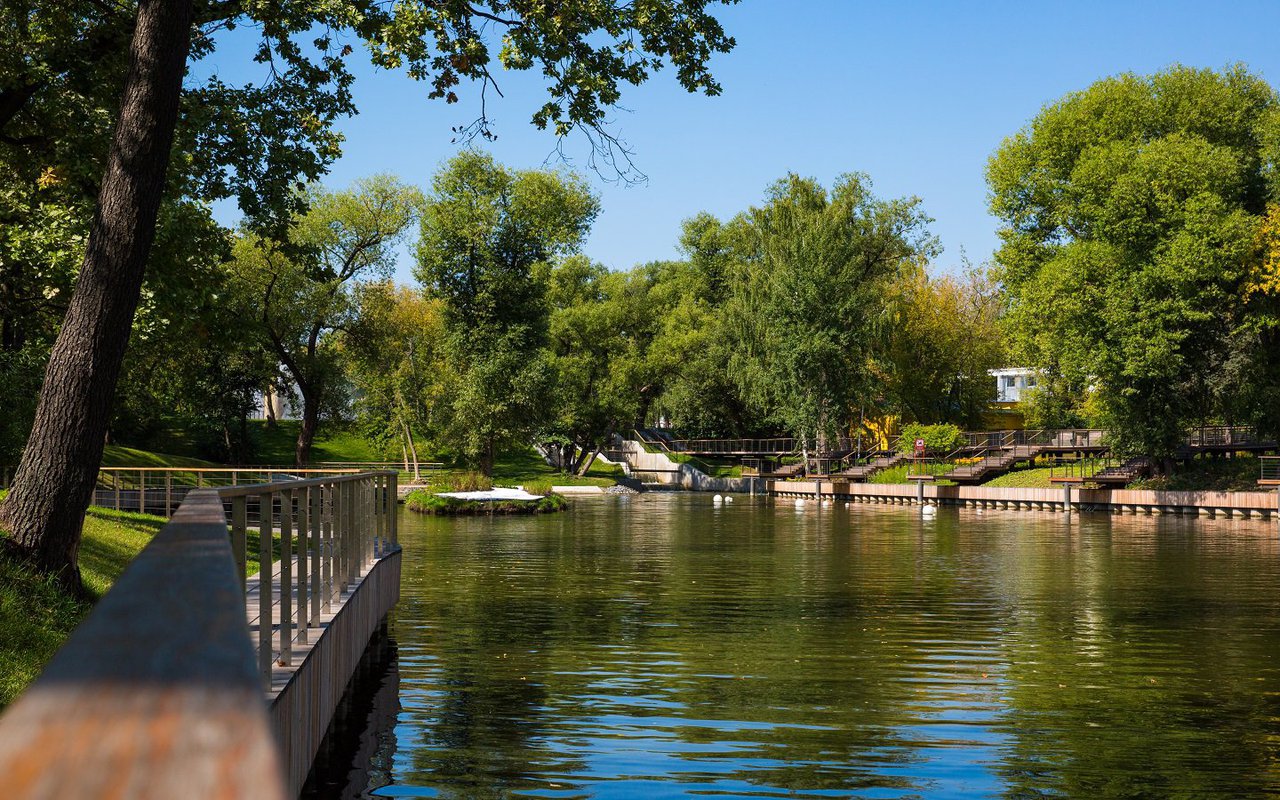 In Moscow, cycling is developing rapidly: most of the city is equipped with special paths and lanes, and many citizens commute by bicycle. However, parks remain the main draw for cycling enthusiasts — in them, you can find both routes for quiet riding and extreme trails. We'll give you some ideas of you where you can go on a bike ride on a free day.

A national park within the city limits

There is a 12-kilometer long cycling track through the urban part of the national park. It starts at Babaevsky Pond with its observation deck and continues through the Elk Biological Station, the arboretum, and the Glade of Fairy Tales. Most of the route follows bicycle paths, but in some places you have to ride on rough terrain, but nevertheless, this itinerary is suitable for beginner cyclists as it has wide lanes and no sudden drops in elevation.

An 11-kilometer cycling path runs through Izmailovsky Park, with three subway stations along its route: Izmailovskaya, Partizanskaya, and Shosse Entuziastov. The is a loop route, but you can ride it in parts or treat it as a series of special bike zones: there is a cross-country section and a fully equipped wooden ramp.

The cycling route in the park consists of paths along the estate section and a linear section along the Moskva River. The route covers the most picturesque locations — coastal slopes, dense oak groves, and old manor buildings. Riding in the park after the rain is especially nice: the cycling paths are equipped with an absorbent surface.

A panoramic view of Moscow and a legendary cycling track

There is a 13.6-kilometer professional cycling track in Krylatsloye. It was built in 1979 especially for the Moscow Olympics as the world's only Olympic track within the city limits. The route is difficult, with steep climbs and long descents, but it can be covered in parts or combined with a simpler bike ride in neighboring Fili Park.

The most popular spot for mountain biking — the hilly terrain makes even small distances a challenge. For more relaxed cycling, you can go down to the embankment: there is a bicycle path that connects Vorobyovy Hills with Neskuchny Garden and Gorky Park, and you can continue your ride on the grounds of Moscow State University.

There are two cycling routes of differing lengths and difficulty levels in the park. The first one is designed for quiet riding. It starts at the recreation area near the Ponomarka River and runs past Shibaevsky and Kuzminsky Ponds, Kotelniki Village, and Lytkarinsky Forest. The second one is for professionals: the main part of the route goes through quarries in the forest.

Characters of Bulgakov's novels on the streets of the city