A Day on Balchug Island

A community center, a theater, and Vietnamese street food 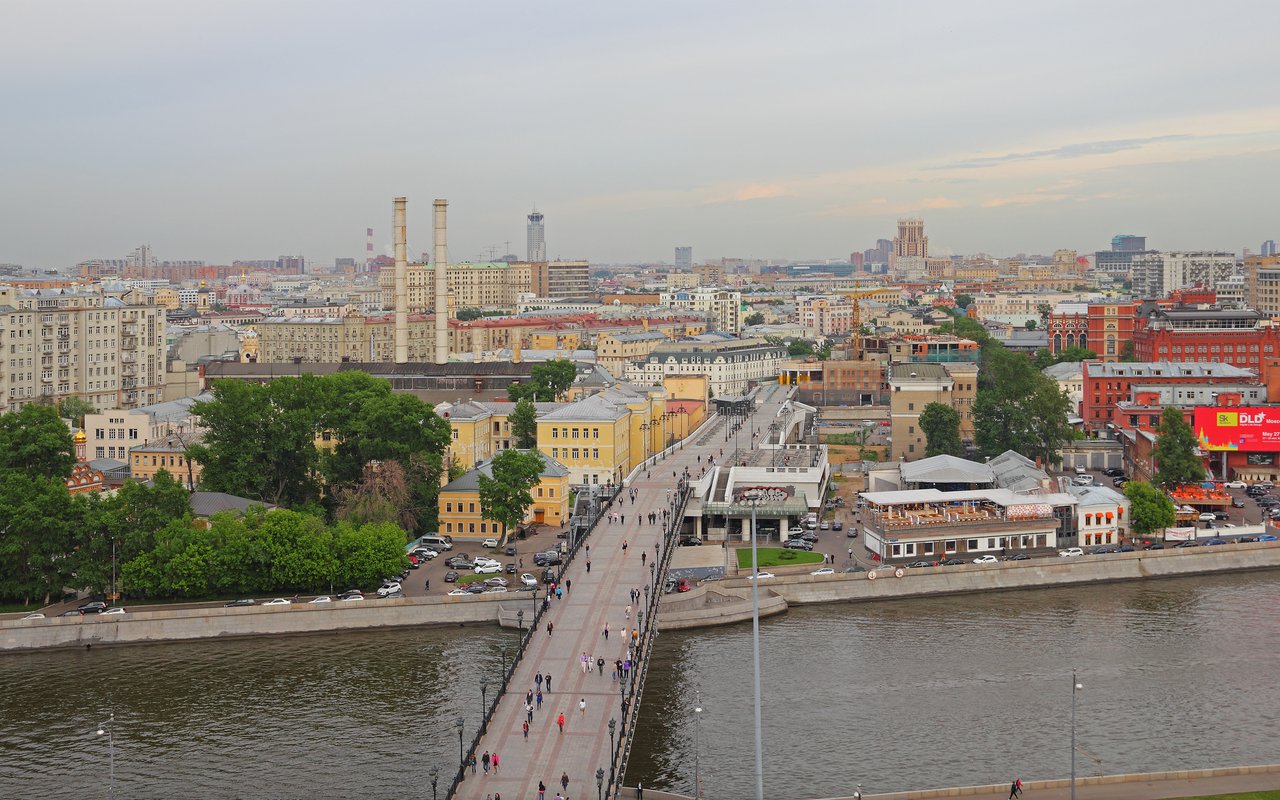 Balchug Island, often called simply 'the island' by Moscow residents, is located in the center of Moscow at the intersection of several districts. It is home to various cultural spaces, vintage bars, and unusual coffee shops. Below you will find a list of places worth visiting during your walk around the island.

For a long time, most of the island was occupied by the Krasny Oktyabr (Red October) confectionery factory. After the factory relocated, the vacant space was filled with night clubs, exhibition halls, bars, and restaurants, and this part of the island became one of the busiest and most diverse places in Moscow. Krasny Oktyabr's main attractions are used for hosting various events: people come to the Strelka Institute courtyard for lectures, dance at night clubs, and use Oktyabr Event Hall for business meetings. This year, another important cultural space has opened on the island: the former power plant building now houses the GES-2 Community Center.

A gastronomic bar located on the premises of an eponymous institute. The courtyard is used for lectures during the day and for parties and concerts at night time. The interior is decorated in the 1970s Italian style, all the furniture in the bar is exclusively vintage, and in summer, the bar opens a spacious terrace overlooking the Patriarshy Bridge. The drinks menu features dozens of signature cocktails and more than 50 wines from the Apennine Peninsula.

A docudrama theater whose shows based on the stories of real people and true events. Over the years, Teatr.doc has worked with such celebrities as actress Ingeborga Dapkūnaitė, playwright Ivan Vyrypayev, director Dmitry Danilov, and others. The shows explore important social and political issues, so most have an 18+ rating.

This café serves traditional Vietnamese street food made with fresh ingredients. The most popular dish on the menu is the traditional Pho Bo soup. The soup is served with lime and chili, and the fragrant beef broth for it is cooked for at least ten hours. In addition, the café always offers fresh exotic fruits, including papaya, dragonfruit, longan, passion fruit, and mangosteen.

A rail travel feel in a cozy teahouse

This café-museum, whose walls are decorated with rare photos and archival documents, will immerse you in the atmosphere of an early 20th century railway trip. The menu features Russian cuisine, but the café is most famous for its wide selection of Rosebay willowherb tea (more than 20 varieties) and herbal infusions. You can also try such traditional Russian cold drinks as mead, sbiten coffee, and natural apple honey cider.

'All in Moscow is filled with poems'