A day in Danilovsky District

A ship to live in, a modern park, and a gastro market 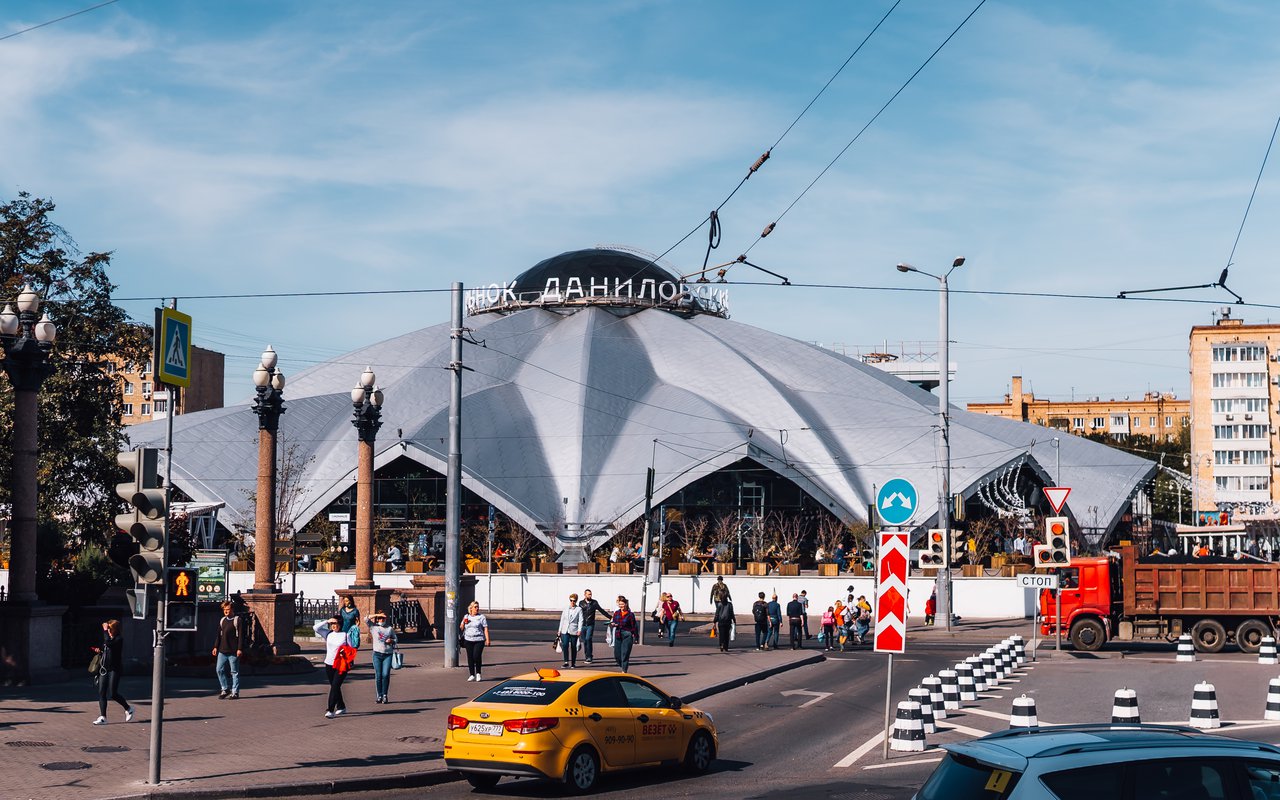 In Danilovsky, constructivist buildings, Soviet monuments, and modern public spaces coexist. Here's what to see in one of the capital's most unusual neighborhoods.

A cultural palace with a library and an observatory

The Cultural House of the Likhachev Automobile Plant is one of the main monuments of constructivism in Moscow. It is an unusually shaped building with a non-standard internal layout and a spacious courtyard, which hosts major festivals in summer. Just like in Soviet times, the Cultural House serves as a place for leisure and creativity: there are several stages for performances, a cinema, a winter garden, and a library.

An urban space that challenged the idea of what a modern market should be. Under the dome of Danilovsky, there are farmers' shops and organic food stores, restaurants offering a variety of cuisines from around the world, and an event corner. The market is often transformed into a cultural center: lectures, film screenings, book fairs, and ping-pong competitions are held here. During the warmer parts of the year, there is also a veranda.

A modern park on the site of a former factory, designed by the Dutch architect Jerry van Eyck. In the center of the park, there is a giant pergola made of Corten steel, which resembles a conveyor belt at the ZIL factory, but most of the space is taken up by green areas: lawns for playing frisbee, hilly meadows, and flowerbeds. The line of the Moscow Central Ring runs nearby. In summer, you can sit on the grass and have a picnic with an industrial view.

The cuisine of more than 30 countries under the roof

A spacious food hall in the building of a former factory, the concept of which was developed by the creator of the renovated Danilovsky market. Here, you can taste dishes from more than thirty national cuisines, and, among the options here, you will only find totally original restaurants. They include the French gastronomic startup Louis Onion, the American restaurant Wild West, the Italian eatery Pasta-Mesto, and the Japanese street food joint YO!

A large shopping and entertainment space behind the facade of a fairy tale castle. Inside, there are about 120 stores and restaurants, many attractions, and four themed 'streets' dedicated to London, Barcelona, Rome, and Beverly Hills. Each pavilion looks like a full-fledged urban house. There is a landscaped park by the water with a neat lawn and wooden sunbeds.