A day in Khamovniki

Leo Tolstoy's estate, a cable car and a baroque monastery 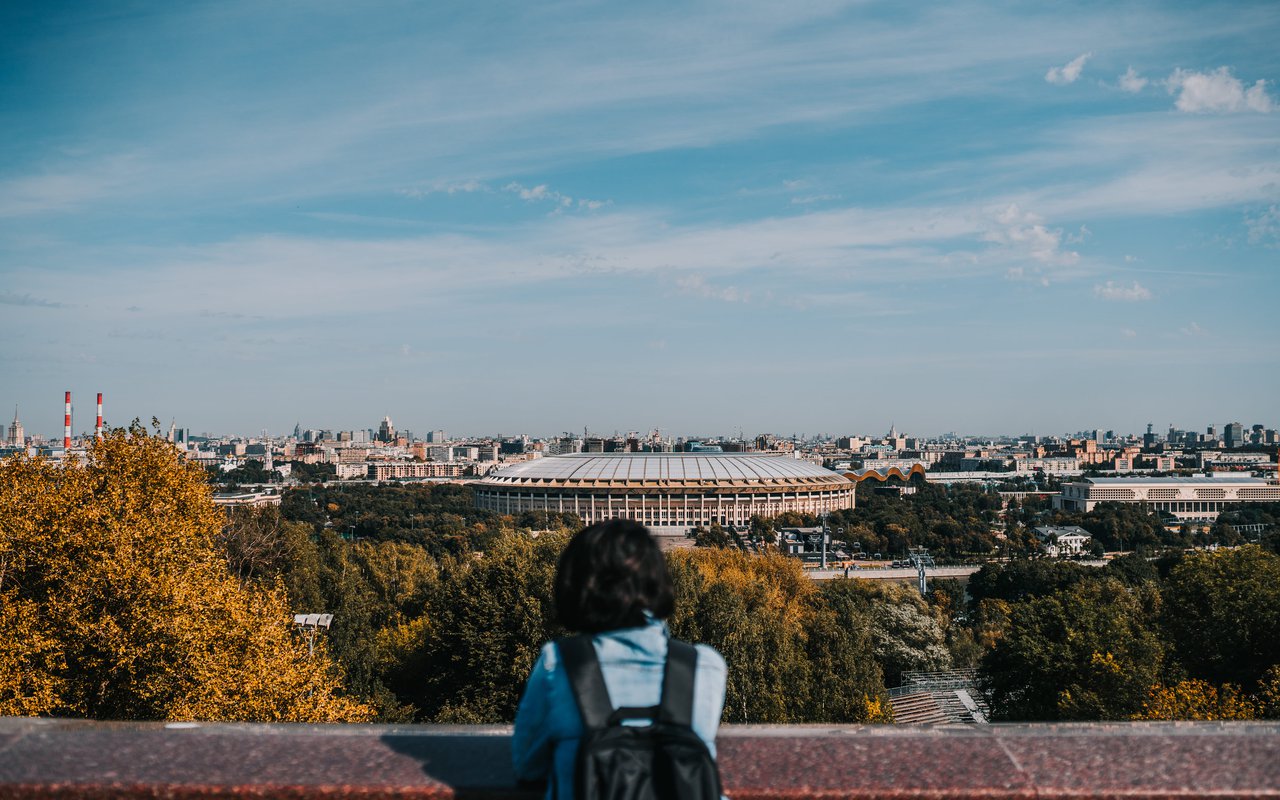 Khamovniki is a Moscow neighborhood with a rich history: centuries-old buildings, former estates of the nobility, and museums with extensive exhibits. We'll give you an idea of you what you can see over a few hours.

The history of the museum goes back 125 years. It opened in 1896 and was originally dedicated to the city's economy. Its name was changed several times and was given its present name, the Museum of Moscow, at the time it moved to a unique new architectural complex: Provision Rows on Zubovsky Boulevard. The exposition covers the history of the city since the 7th century (before Moscow was founded, there were small settlements where the city would later be), and the museum's collection includes artifacts from ancient maps to landscapes by Apollinary Vasnetsov. There is also a cozy courtyard where events — fairs, lectures, and concerts — are held on weekends in the summer.

The writer's Moscow home with a late 19th-century feel

In the 19th century, Khamovniki was a district of the nobility, where a handful of workshops had been replaced by luxurious mansions. That's the period in which Leo Tolstoy lived here. The writer spent the winters in Moscow and stayed at Yasnaya Polyana during the summer. Today, Tolstoy's estate museum is located on the eponymous street, and the interiors of the writer's house perfectly reflect the life of the neighborhood a century and a half ago. The main attraction is a bicycle presented to Tolstoy for his 67th birthday, which stands in the yard of the house.

Picturesque alleys stretching along the walls of a monastery

The Moscow Baroque monastery has preserved its 16th-century architectural appearance almost unchanged. At various times it has been a dungeon, a necropolis, and a museum complex, and now it has returned to its original purpose. The Novodevichy Convent stands on the bank of two ponds with quiet alleys and a picturesque park. In summer, the domes of the churches are beautifully reflected in the pearl-like water, and in winter, the steep banks are the perfect place for sledding and ice-skating.

A mansion with a cabaret and crocodiles

The house of the early 20th-century railroad magnate Pyotr Pertsov (registered in his wife Zinaida's name) was built in the Neo-Russian style with an unusual facade. The balcony brackets are shaped like dragons, and among other decorative elements, one can find themes from pagan and ancient Slavic mythology. At one time, the building had an iconic status: the basement housed the Flying Bat cabaret, frequented by Moscow's bohemians; a few writers have immortalized the house in their works, for example, Ivan Bunin in Pure Monday.

An extended area on the slope of the Moskva River with ecological trails among trees and bushes, jogging and cycling paths, and the world's longest metro station right on the bridge. Here you'll find the capital's main observation deck with views of the Kremlin towers, the Moscow City skyscrapers, and the Novodevichy Convent. It is connected to the Luzhniki Stadium on the opposite bank by the Moscow Cableway.

Olympic stadium and running tracks along the Moskva River.

Luzhniki Olympic Stadium, where the Russian national soccer team plays and world-class rock stars perform, with a spacious area for sports along the Moskva River Embankment. You can get to Luzhniki Stadium as part of a tour group, and enjoy the panoramic view from the roof of the stadium. Nearby, there are many kilometers of cycling and jogging paths, an aquatic complex, a sports city, and shady lanes in the park.

A new type of model market: farmer's products are juxtaposed with ethnic cuisine and exquisite designer restaurants, even those offering street food. The brick walls of the market have been preserved in their original form since 1934, and in summer, the gastro cluster opens its veranda and attic with activities for every taste: ping-pong tournaments, cooking workshops, and DJ sets.

How to get QR code in Moscow

The tips for foreign travelers