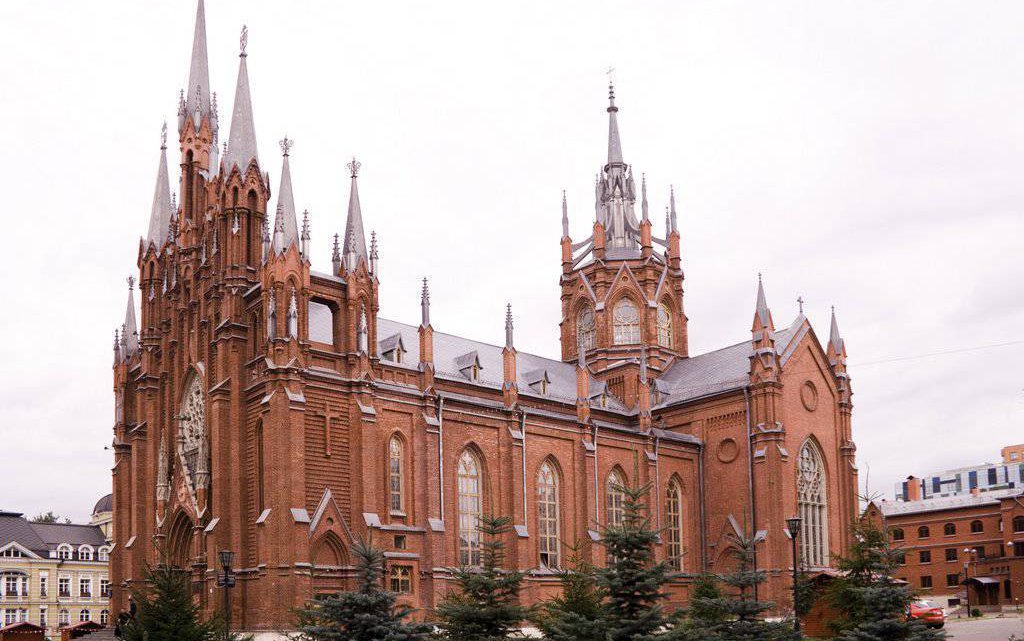 Gothic style architecture is primarily associated with medieval Europe, but echoes of it can also be found in Moscow, and in the decoration of buildings of different eras. We will tell you about the most curious examples of Moscow Gothic.

The estate museum is one of the first significant monuments of the pseudo-Gothic or “Russian Gothic” style, which was popular at the end of the 18th century. The architectural ensemble of the park, with three palaces and many wings, was built by famous Russian masters Vasily Bazhenov and Matvey Kazakov. The Gothic decor of the estate has not been preserved in its entirety, but individual elements of it can still be seen today, such as the Great Bridge, with archways similar to cathedral portals.

The main building of TsUM (today, the elite department store consists of several buildings) was built in 1908, designed by Roman Klein, one of the main representatives of Russian Neo-Gothic architecture. The seven-story building was built of reinforced concrete structures designed for the construction of New York City skyscrapers, and its unusual facade still stands out today against the neighboring classical buildings. Another famous architect, Vladimir Shukhov, also had a hand in the creation of TsUM: he designed the building’s ceiling.

Italian architects played an active role in the construction of the Kremlin. They came up with the characteristic jagged shape of the towers, replaced white stone with red brick, and built several of the Kremlin towers. The St. Nicholas Tower was built in 1492 by architect Pietro Antonio Solari, and several centuries later, rebuilt by another Italian, Luigi Rusca, in Gothic style. It was then that the tower received its recognizable features: an octagonal tier with a high tent and white-stone openwork ornaments.

Cathedral of Peter and Paul

Moscow’s oldest Lutheran church is a modern building designed by Aleksandr Meingard, a founder of the Moscow Architectural Society, in the middle of the last century. The cathedral has classic neo-Gothic features — patterned windows, high arched openings, and a tower with a spire. The bell was personally donated to the church by Kaiser Wilhelm I. In the 20th century, the cathedral was destroyed almost to the ground, but it has been faithfully recreated. The building is now used for organ concerts.