The top 10 theaters in the city 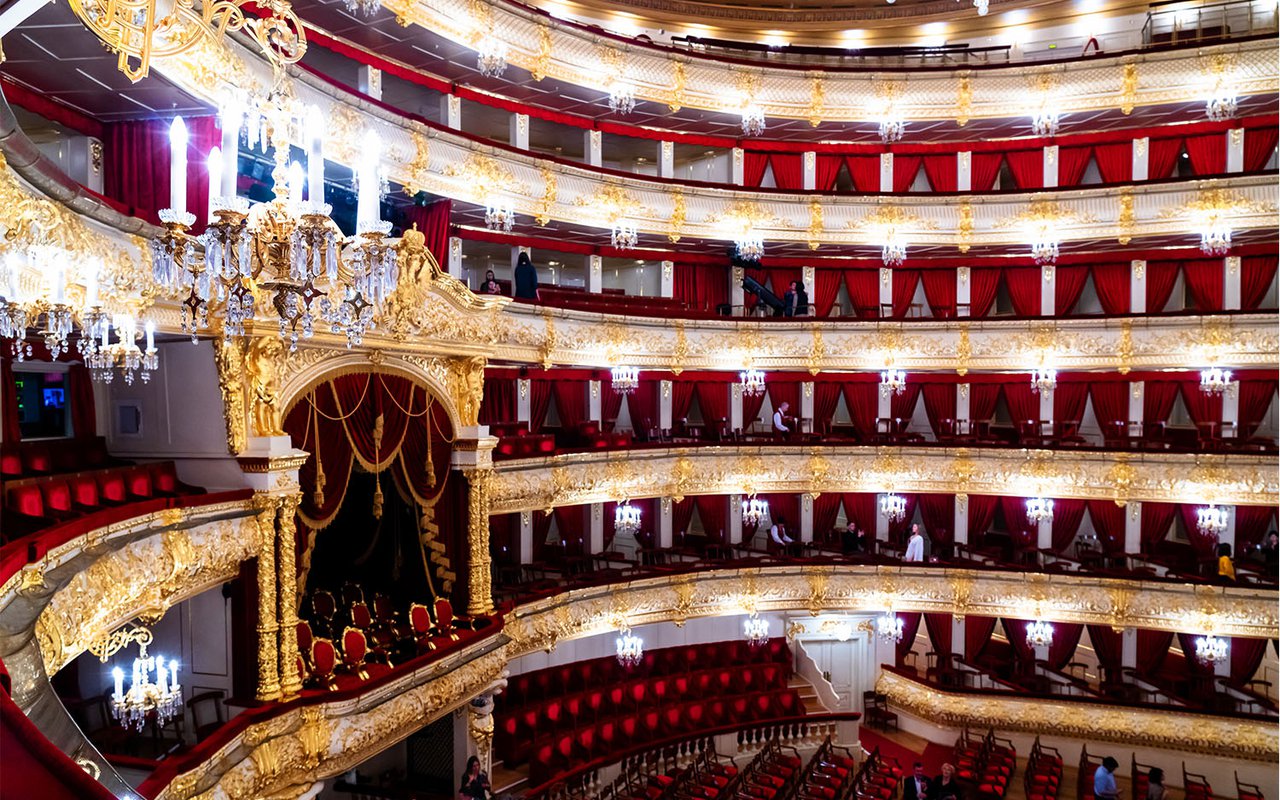 World Theater Day is celebrated around the world on March 27. For this celebration, we have prepared a selection of ten of Moscow’s best stages – legendary theaters of Moscow which are widely known in Russia and abroad.

Russia’s main theater needs no introduction – the location is the traditional starting point for discovering the cultural life of the city. From the classical repertoire, we can mention La Bayadère, a reconstruction of the presentation by famous 19th-century ballet master Marius Petipa. The ballet Giselle is performed simultaneously in two versions – one from the legendary Soviet choreographer Yuri Grigorovich, and one from Alexei Ratmansky, one of the most famous contemporary choreographers. But the Bolshoi Theatre is known for more than just its classical repertoire. Recently, it started to routinely order music from contemporary composers. Leonid Desyatnikov’s once-scandalous The Children of Rosenthal, written to a libretto by Vladimir Sorokin, has been accompanied by a number of highly relevant works, such as a bold and pertinent interpretation of Anna Karenina.

This theater was inspired by an idea from two legendary directors and theater pedagogues, Konstantin Stanislavski and Vladimir Nemirovich-Danchenko. Oleg Tabakov directed the theater starting in 2000, and, after his death, Russian director Sergei Zhenovach became its artistic director. Since his appointment, numerous Russian and Soviet classics have appeared in the theater’s repertoire. Today’s Moscow Art Theater has drawn many stars of Russian cinematography.

Classic performances and adherence to tradition

The troupe of one of the oldest theaters in Russia was created at Moscow University in 1756, but the actors would acquire their own building only about a century later. Since 1998, the theater has been managed by Honored Actor and Director Yuri Solomin, and the troupe is composed of artists devoted to the classical school. The theater’s plays are excellent for audiences who are not ready for avant-garde staging, and they also offer a deeper acquaintance with the high school literature program.

A drama theater with an intriguing fate

The Gorky Moscow Art Theatre has two stages, and continues to stage plays that were first staged many years ago and have become hallmarks of the theater, such as the musical fairy tale The Blue Bird and the play Three Sisters, based on the story by Anton Chekhov. Tatyana Doronina, who was the artistic director for more than 30 years, continues to work with the theater, and the position of president of the Moscow Art Theater was created specifically for her. One of the most notable modern performances was the play Laurus, based on the novel of the same name by Eugene Vodolazkin. The Malaya stage hosts experimental performances; one of the most discussed is The Tsar’s Crown, a journalistic play about the fate of the last Russian emperor.

Comedies and dramas staged in the theater's unique tradition

Three generations of actors work here today, continuing the tradition established by the founder. After Pyotr Fomenko’s death in 2012, Yevgeny Kamenkovich was appointed director of the theater. The plays have won numerous Golden Mask and Chaika awards. The repertoire is still based on plays staged by Fomenko himself. The troupe includes many well-known artists, including Polina and Ksenia Kutepova, Polina Agureyeva, Galina Tyunina, and Irina Gorbacheva.

The heritage of a few great artistic directors and a troupe

The repertoire has always been based on the works of contemporary authors on topical themes, and the theater’s founders decided to express this characteristic in the name of the theater. The first artistic director of the theater was the famous actor and director Oleg Efremov. From 1972 to 2019, the theater was directed by Galina Volchek, under whom the theater developed its unique style, which consisted in the ability to speak to the audience using contemporary language. The plays feature renowned artists such as Liya Akhedzhakova, Marina Neyolova, Nikita Efremov, and others. One of Sovremennik’s most discussed new productions is The Thaw, which is an attempt to recreate the atmosphere of the 1960s on stage and which depicts the ideas and aesthetics of that era.

This theater complex evolved from a studio run by acclaimed actor and director Oleg Tabakov. The theater has two stages, one on Malaya Sukharevskaya Square and one on Chaplygina Street. After Tabakov’s death, the position of artistic director was taken by actor and director Vladimir Mashkov. The theater’s repertoire combines productions that have been staged for decades and performances created by graduates of Oleg Tabakov’s School.

Juno and Avos and other landmark pieces by Mark Zakharov

Under the leadership of director Mark Zakharov, this theater became one of the most popular venues in Moscow. Lenkom has always been distinguished by its individual style: spectacular presentation of the material and expressive acting. The modern repertoire consists mainly of classic works. The repertoire features plays that have been staged for decades and are widely appreciated by the audience. One of Lenkom’s trademarks is Juno and Avos, a rock opera with a libretto by poet Andrei Voznesensky and music by the famous Soviet composer Alexey Rybnikov, which premiered in 1981.

Unique school and an all-star cast

The theater has several stages, including the New Stage and the Art Cafe, which has tables located right in front of the stage and where orders are taken before and after performances. One of the theater’s signature performances is Eugenia Onegina, for which the theater was awarded the Golden Mask. The play is a unique interpretation of the novel, although even conservative theatergoers praise it. In the other key piece of the theater’s repertoire, The Audience, based on the play by playwright and expert on the British court Peter Morgan, Inna Churikova plays the role of Elizabeth II.

This theater stages plays based on the works of Russian and foreign classic writers, as well as young authors. The theater conceptually invites directors of different, sometimes opposite, styles and schools to present plays. The theater has two stages: the main stage hosts classical performances, while the Under the Roof stage is dedicated to experimentation. Since 2020, the theater has been managed by actor and director Yevgeny Marchelli, a winner of the Golden Mask theater award. Well-known artists perform on the theater’s stage, such as Viktor Sukhorukov, Olga Ostroumova, Alexander Domogarov, Yulia Vysotskaya, and Gosha Kutsenko.

Underground palaces: the first phase of the Moscow Metro