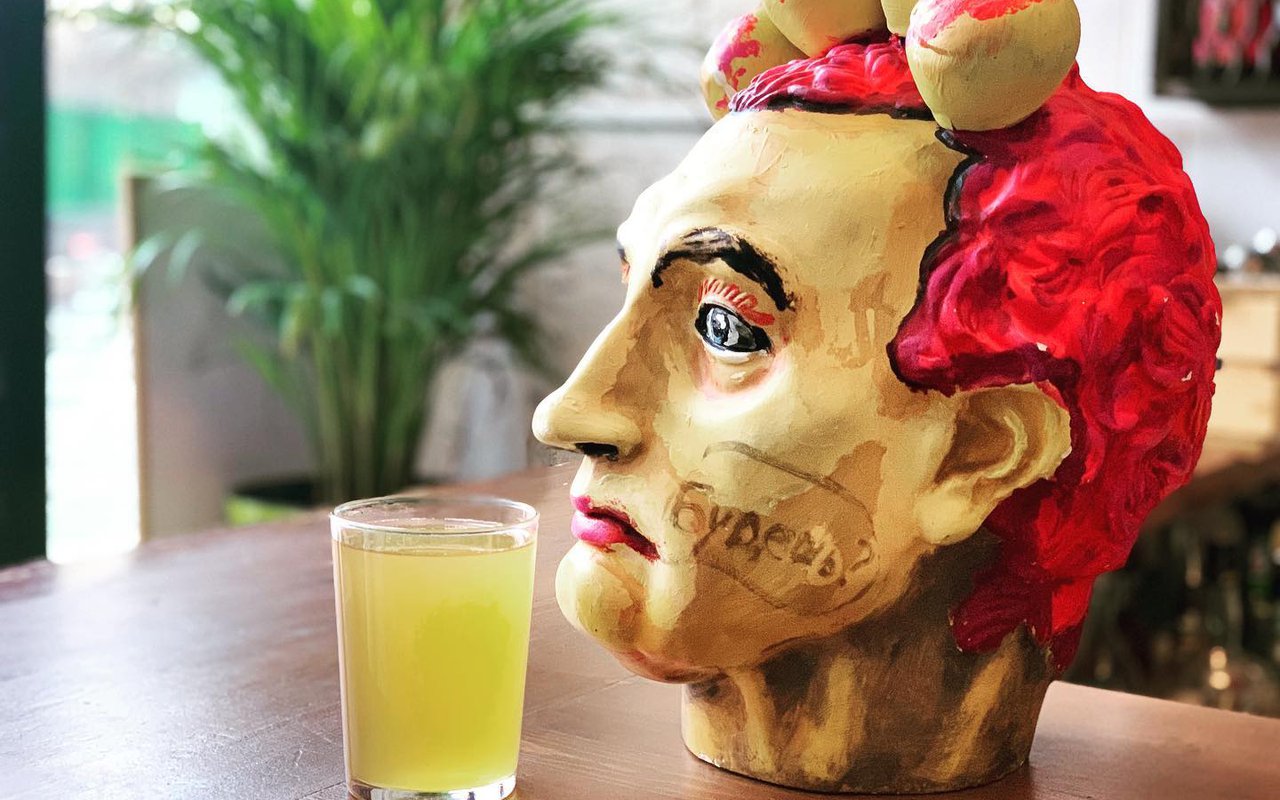 Spain is a land of sun, cider, and original architecture. Vámonos for a trip around Moscow! We will tell you about the “Spanish” places of the capital.

A small bar with a wide range of cider options

In Spain, cider is more than just a drink, and at the bar Ciderella, it is loved and is served and quaffed the way it should be. You can start with the mild and sweet taste of Spanish cider (the lees of which connoisseurs traditionally do not consume, but pour out of the glass), coupled with spicy chorizo and morcilla sausages.

In total, the bar offers about 150 varieties of cider from all over the world, including traditional Spanish sorts, as well as those from Germany, England, and Belgium. There is also a premium cider available, a glass of which will cost several thousand rubles. Apart from that, the bar menu also offers wines, beers and spirits.

For snacks, the bar serves tapas – small sandwiches with fillings. There are heartier items available as well, such as cold almond soup, risotto, Mediterranean chowder, and homemade pies with various fillings. A separate vegetarian menu is also available. In summer, the establishment offers seating on an open veranda overlooking Nikolskaya Street.

A mansion with lacelike patterns on Vozdvizhenka Street

The mansion at the beginning of Vozdvizhenka Street immediately draws the eye with its shape and “lace” decorations. It was built in the late 19th century by the architect Viktor Mazyrin for Arseny Morozov, a millionaire entrepreneur and philanthropist. During his travels in Spain and Portugal, Morozov saw the unusual Pena Palace in Sintra, which combines the national Manueline style with elements of Spanish-Moorish classical architecture.

Inspired by the striking sight, Morozov ordered the construction of an unusual castle in Moscow. Later, the mansion changed hands several times. Today, it can be viewed only from the outside, as it is used by the Government of Russia as its Reception House.

At Krasny Oktyabr you may feel as if you are in Barcelona: narrow courtyards, street art, and a vibrant atmosphere with lots of events, especially in the warm season. You can attend a lecture on trends in urbanism in the courtyard of the Strelka Institute during the day, watch festival films in the same place in the evening, and then move to the open veranda of the namesake bar and order a glass of Spanish wine. On weekends, guest DJs regularly appear here.

A one-of-a-kind underground museum and caches of Moscow

The Museum of Archeology of Moscow houses a special exposition. You can see the “Spanish Treasure” here, in a separate showcase dedicated to it. This collection of three thousand Spanish coins of various denominations, as well as other items, was found in 1970 during archeological excavations on Ipatyevsky Lane.

How to get QR code in Moscow

The tips for foreign travelers