The Kremlin, skyscrapers, high-risers and hills

Cityscapes that look beautiful from the water 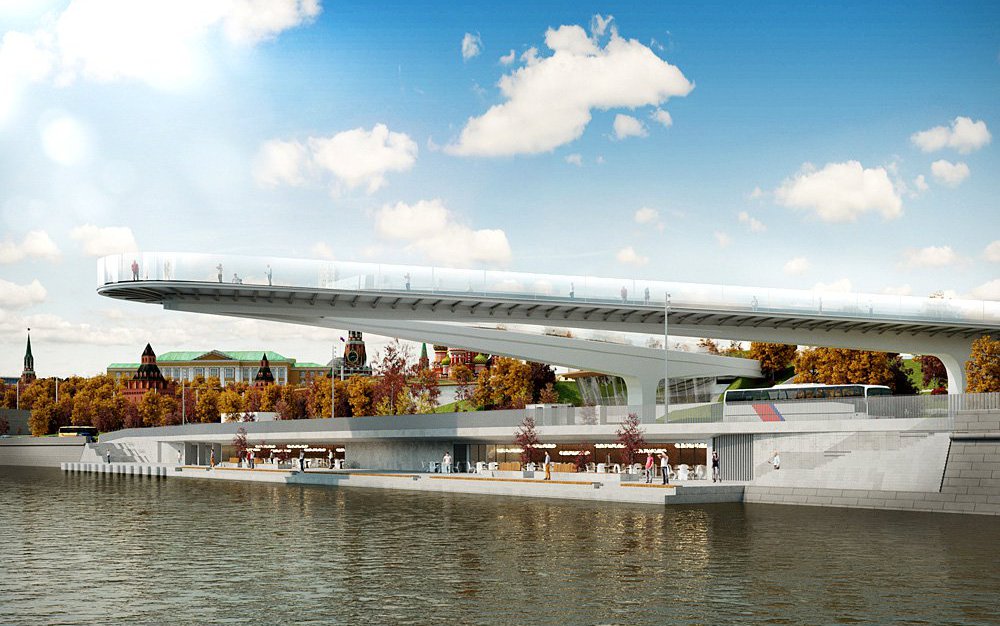 This is a story about must-see sights of Moscow that should not be missed during any water tour or excursion. They not only face the river, but look different from the deck of a leisure boat than from the land — at this viewpoint they appear unusual and, in some ways, even more beautiful.

Almost all river tours pass by the Kremlin. From the deck the passengers can see the historical towers and feel like getting inside one of the most famous sights of Russia — the one they have seen on TV and on postcards. Just imagine the waved surface of the Moscow River, red-stone castellation walls, towers and domes, leisure boats — and yourself aboard one of them.

Cathedral of Christ the Saviour

From the water, the main cathedral of Russia looks no less beautiful than from the land, and strikes the spectators with its greatness. Snow-white walls and golden domes are impressive in any weather, from a bright evening before sunset in summer to a foggy morning before the end of river navigation.

Zaryadye Park was built in place of the Russia hotel. Today the hotel building can only be seen in old photographs and films, like the famous Mimino. An incredible panoramic view that opens now embraces the river banks and piers of Zaryadye, Moskvoretskaya Embankment, Spasskaya Tower, and St. Basil’s Cathedral. A cherry on top is the moment when the boat sails under the so-called Soaring Bridge that looks as if frozen over the river.

It is believed that one of the most spectacular views of the Moscow City skyscrapers opens from the water where the futuristic high-risers that soar upwards are also reflected in the water and visually appear even higher. In the evenings, the bright lights in hundreds of windows add to the scenery.

A cultural hub in a former hydroelectric power plant

A major cultural center of Moscow with a snow-white facade, huge windows and bright blue decorative pipes that operates in a restored building of the oldest municipal heating station looks from the water like a steamer that once anchored here and decided not to move anywhere else. From the water the tourists can admire this specimen of industrial architecture, take a picture of Urs Fischer’s sculpture from an unusual angle, and give a wave of the hand to the people sitting on the amphitheater steps.

They will see the main park of Russia and continuous fashionable embankments on the one hand, and historical facades on the other hand. And even the giant monument to Peter the Great looks from the board of a ship at least more interesting — as if it sails towards the tourists and accompanies them.

At some point romantic water alleys, porticos and tranquility can create a feeling of coming back to the 19th century. Nothing distracts from the admiration of nature, even if only for a few minutes.

A great view of the green space opens from the highest of the 7 Moscow hills. This is where scenic nature meets contemporary architecture. A cable car connects the Sparrow Hills with the Luzhniki Stadium. The spire of the Moscow State University can be seen between the treetops quite clearly. It is worth to select panoramic mode in the phone camera settings in advance.