More than the Tower: A Day at Ostankino 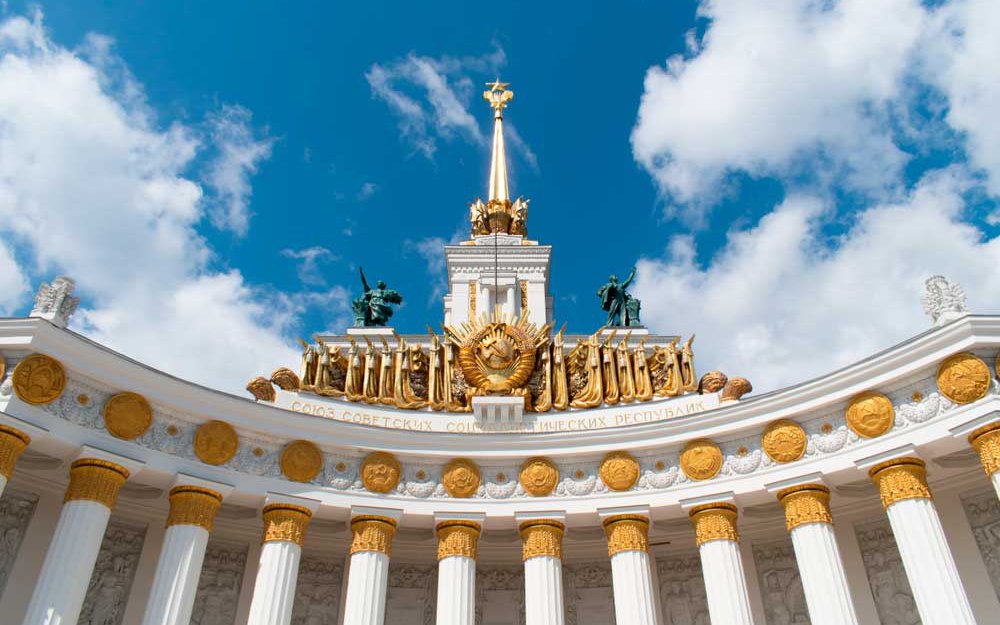 Ostankino is the most important urban destination of the Soviet era and has been substantially renovated over the past few years. It is now home to all kinds of museums and interactive complexes, modern parks, and curious architectural monuments. Find out how to spend a day in the neighborhood.

The main exhibition of the Soviet Union, which received a second life after a large-scale renovation in 2014. Most of the pavilions were preserved with their original architecture, and educational and entertainment projects were housed within. In addition to the wide variety of activities, VDNH attracts Muscovites with its extensive cultural program: every summer, the park becomes the epicenter of festival life, and in winter, the largest ice rink in the city is set up there.

One of the largest science and history museums in the world, located at the stylobate of the Monument to the Conquerors of Space at VDNH. In 1981, the complex was opened to put the successes of Soviet cosmonautics on display: the exposition included artificial satellites, spacecraft, and devices. Now, the Museum has become more interactive: from there, you can watch the crew of the International Space Station at work in real time or try your hand at being a cosmonaut in a mock-up of the Mir station's base compartment.

A super-sized aquarium with amusements and water shows

The largest indoor aquarium in Europe. Moskvarium is divided into three zones: the aquarium occupies the main space, but there is also an area for swimming with dolphins and an auditorium for water shows. Here you can touch starfish, take part in feeding various species of fish, and walk through a sea tunnel with sharks swimming overhead. From dolphin and killer whale shows to marine animal musicals, the auditorium regularly hosts events featuring the aquarium's inhabitants.

A farm with alpacas and reindeer

The only open farm within Moscow city limits. Alpacas, zebu cows, goats, and reindeer all live here, and the total area of the complex is more than three hectares. The farm is located on the bank of the river Kamenka—in the summer, it turns into a place for recreation with a beach and playgrounds. There is a café at the farm, where food is prepared from the farm's own products.

Ask the robot a question or shoot hoops with him

An interactive exhibition about modern robotics. Visitors can examine the achievements of various countries, but more often, they come here to interact with robots: at the exhibition, you can “hire” a robot artist to paint your portrait, get a robot futurologist to predict the future, ask tricky questions to an intellectual robot, learn a joke together with a robot comedian, play basketball or table soccer and try to score a goal on a robot goalkeeper. At the exhibition, there is also a technopark, where you can create a simple robot with your own hands under the guidance of professional engineers.

A museum for Russian language lovers of all ages

The Slavonic Writing Center in the VDNH pavilion building is known to many as “Crop Farming” and in the past as the “Ukrainian SSR” pavilion. The exposition consists of four segments and illustrates the centuries-long evolution of the Cyrillic alphabet: the introductory block is devoted to the development of writing in ancient times; the subsequent halls are devoted to the history of letters, the connection of texts with culture and the state, as well as oral speech and non-verbal communication. The museum building is also noteworthy: the pavilion is lined with exotic gray granite and ceramic tiles, and the facade is decorated with golden ears of wheat.

One of the main Soviet parks of culture and leisure, Ostankino has retained its historical flair while becoming a place of modern urban life: there is a network of bicycle paths and neat pedestrian alleys, a large pond with a boat station and fountains, an outdoor skate park and an equestrian track. The manor museum, a palace ensemble built in the 18th and 19th centuries, will open soon after restoration.