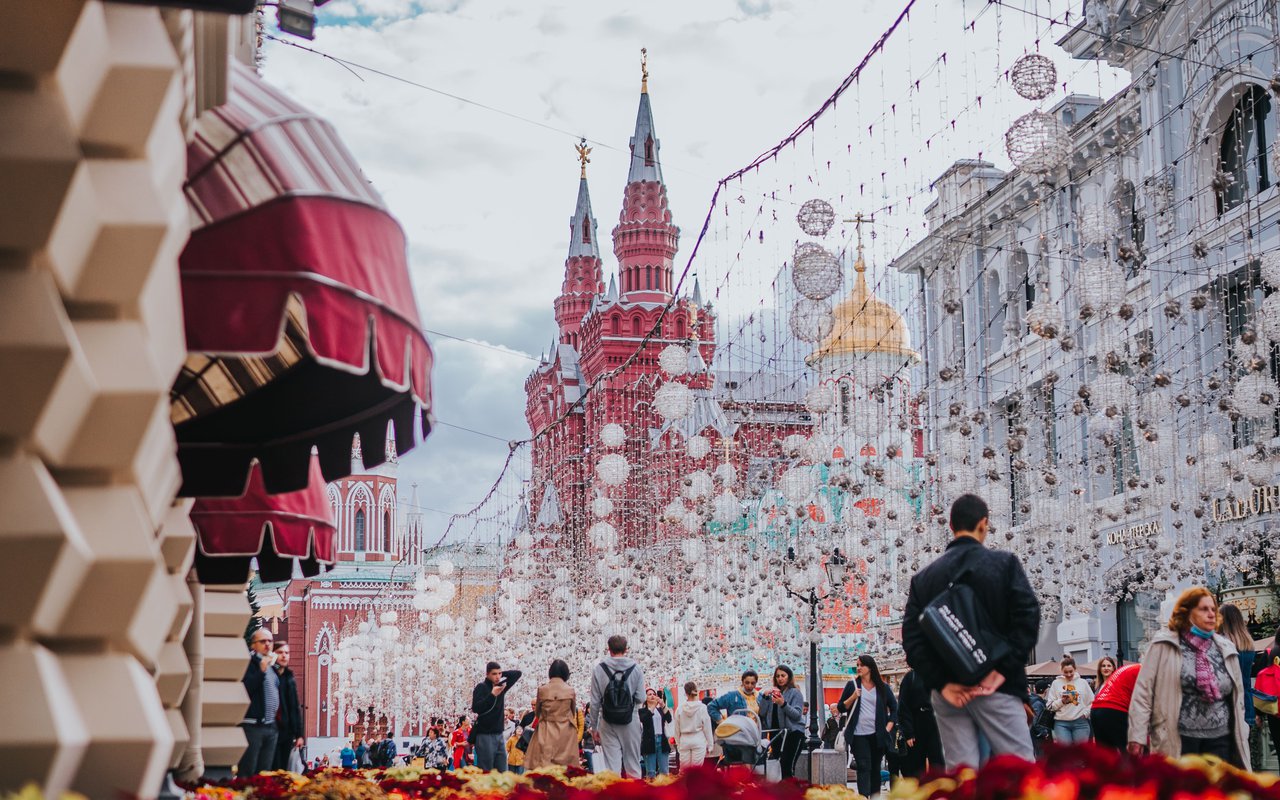 Nikolskaya Street is surrounded by a multitude of architectural gems, two historic hotels, and dozens of restaurants. Spend half a day on Nikolskaya to learn all about the historic part of Moscow in all of its diversity. Here is your guide for picking the best locations for amazing memories.

A cultural pillar of the Russian capital. Buy a ticket for one of the performances or take a tour to see it from the inside.

One of the world's most famous pieces of architecture with plenty of attractions: the Kremlin Palace, the Armoury Chamber, Sobornaya Square, and many more.

A pseudogothic building featuring a lion and a unicorn on the facade and a small house with medieval dungeons in the courtyard.

The embassy of the British Crown, established under Ivan the Terrible, has been converted into a museum where the guests can learn about the daily lives of foreign traders of centuries past.

The largest shopping center in Moscow — a Neo-Russian-style arcade on Red Square. It unites more than 100 famous brand boutiques under one roof. The building is exquisitely decorated for holidays, and for the New Year celebrations, a giant Christmas tree and a skating rink are installed in front of it.

Russian history from ancient times through the 20th century

The largest national history museum in Russia. The museum exhibits are dedicated to the country's history from antiquity to the 20th century.

The graphic works, Da Vinci of the North—over 120 works of art brought from the Pinakothek of the Italian city of Brescia.

A military music festival in the heart of the capital city: a grand parade of military orchestras on Red Square.

Vokrug Sveta (Around the World)

All of the world's cuisines, under one roof!

A gastronomic nexus that brings together cuisines from all over the world: shakshuka, poke, Japanese soufflé pancakes, and a lot more all under one roof.

A restaurant that serves delicacies near the Kremlin

Russian delicacies with a view of the Kremlin: Alexander Rappoport's restaurant on the second floor of the legendary National hotel has a rich history of its own. The main specialty is caviar: more than 20 kinds are offered here.