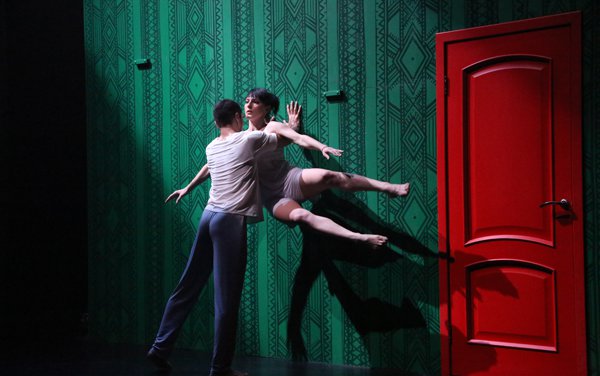 Although Dostoevsky's novels date back more than a century back, they are still subject to debates and reinterpretations, including in the realm of theater. Contemporary directors offering modern takes on "The Idiot" and "The Brothers Karamazov" is now almost commonplace. That said, even a greater number of adaptations of Dostoevsky's literary oeuvre are about to hit the stage ahead of the writer's 200th anniversary. We have compiled a list of the most noteworthy ones.

Best traditions of youth theater for children and grown-ups

The legendary novel has been adapted into a rock opera! Despite the peculiarities of the format, the main plot lines remained unchanged and true to the book. The performance will please both connoisseurs of Dostoevsky's works who would like to look at the story from a different angle and those who haven't read the original but are fond of contemporary theater.

The director Konstantin Bogomolov plays out his fantasies based on The Brothers Karamazov novel by F. M. Dostoevsky. He omitted "The Brothers" part of the play's title on purpose. The director focuses on the detective mystery rather than the philosophical and religious aspects. However, critics have noted Bogomolov's careful attitude to the original text, and viewers agree that this play will be of great interest to those who are well familiar with the novel. The cast includes famous Russian actresses like Roza Khayrullina, Alexandra Rebyonok, Marina Zudina, and Daria Moroz. The show lasts 5 hours with two intermissions.

Klim Kozinsky dedicated his directorial debut to how an obsession with utopias and idealism can transform into idiocy. The play is based on The Idiot by Dostoevsky and The Monadology by Gottfried Leibniz, one of the greatest German philosophers.

Prince Myshkin is obsessed with the idea of uniting the divine world with the human one. In his turn, Kozinsky seeks to unite theater and literature without subordinating one to the other. The play wouldn't be that impressive without the set design alluding to the paintings of surrealist Rene Magritte. This contribution was made by the artist Anastasia Nefedova, the laureate of the Golden Mask Prize.

Classical and experimental plays in an old department store

Actors of few generations will take part in the new theatrical adaptation of Crime and Punishment dedicated to the 200th anniversary of Fyodor Dostoevsky.

The show's creators offer you to read Dostoevsky between the lines, look at the story from today's perspective, and follow the main character from the beginning to the end.

This play by Yuri Eremin is based on Crime and Punishment. The main character is Rodion Romanovich Raskolnikov, whose initials form the play's title. An admirer of Napoleon, he kills an old pawnbroker lady and becomes haunted by pangs of conscience. The show has many special effects, stunning decorations, and unforgettable scenes.

The creators believe that young people will particularly enjoy the play: “If eating popcorn in the theater like in the cinema was a thing, teenagers would put their snacks aside while watching our show.”

Choreographic theater without a permanent location

This show is based on The Idiot, a novel by Dostoevsky, and staged by the famous choreographer Alexander Pepelyaev. The cast comprises the contemporary dance troupe from the Ballet Moscow.

It is not easy to retell a multi-layered and eventful novel through dance. However, the creators gracefully took up this challenge, with the effect attesting to the writer's genius. They decomposed the novel into complex parts: Nastasya Filippovna, Rogozhina, Myshkina are portrayed by several performers.

Connoisseurs of contemporary dance will find this performance especially interesting.