From Zaryadye to Tyufeleva Grove 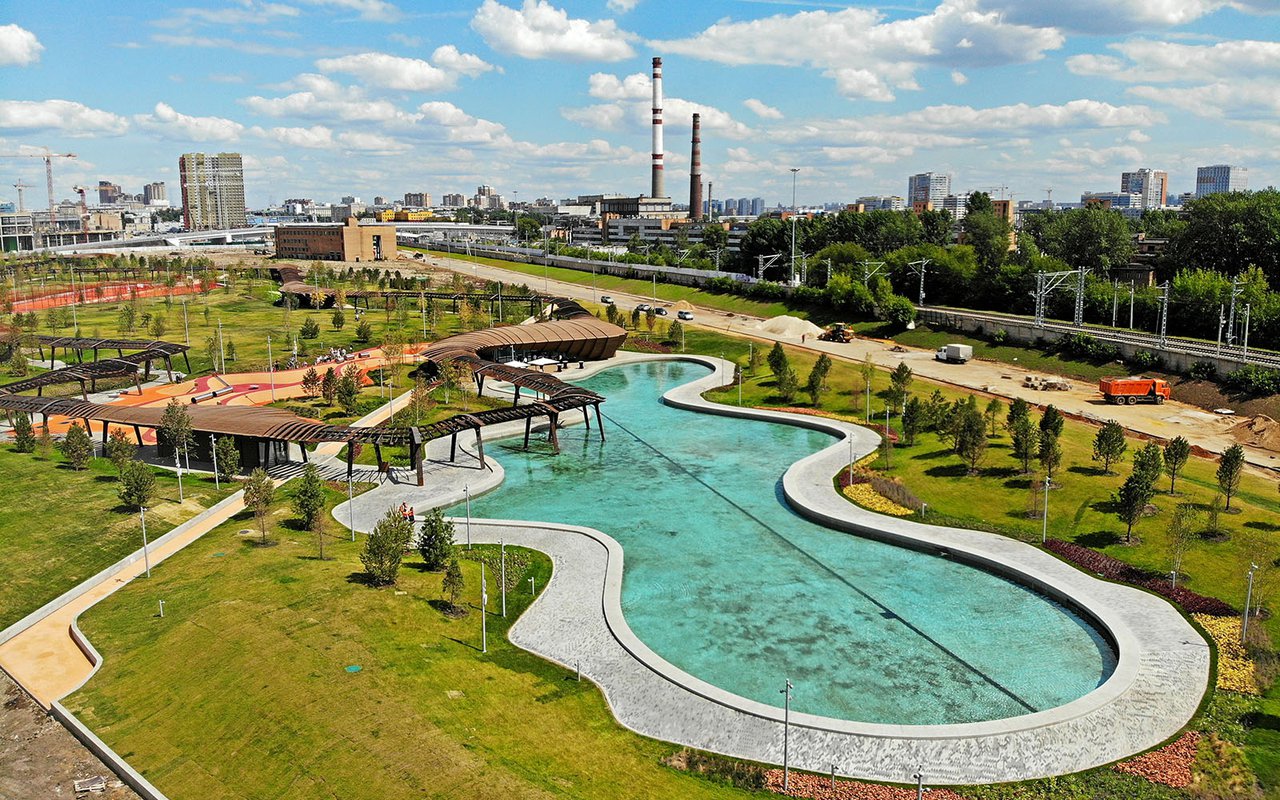 The overhaul of the Gorky Park prompted a full-scale revolution when it comes to Moscow's parks: the once-abandoned green spaces have turned into hotspots perfect for rest, workouts, leisurely strolls, self-education, and a host of other activities. Here is our take on the city's state-of-the-art parks.

An exemplary district park with a waterside recreation area

Once an inner yard for the residents of Krasnogvardeysky Boulevard, the local park with its three elongated ponds became quite popular after its reconstruction in 2017. The ponds are now surrounded by alleys and lawns, there are waterfront benches, sunbeds, pavilions, and, in summer, there is a boat rental service. The park features a tennis court, a soccer field, and a few rope-based playgrounds for kids, so the locals love coming here to keep fit.

A three-level garden square in place of parking

The three-level square at the center of Ivanovskaya Hill replaced an informal car parking thanks to the initiative of local residents. Because of the elevation, there are various stairways of different shapes and lengths. A panoramic amphitheater dominates the central part of the park, at the entrance of which guests are greeted by a picturesque fountain. People come to the park for a relaxing break from the urban hustle and bustle.

Dutch architect Jerry van Eyck transformed an industrial zone on the site of ZIL (the major Russian truck and military vehicle manufacturing plant, closed in 2012) into a cozy leisure spot. There is a picturesque artificial pond and hilly green lawns, and in the heart of the new park, there is an elongated steel structure shaped like a factory conveyor belt. Tyufeleva Grove was conceived as a neighborhood park for residents of a nearby apartment complex, so it offers many recreational options ranging from fitness equipment to frisbee fields.

A landscape park on the site of Moscow's first airfield with a design that references the theme of flight. The runway serves as a central avenue, the terminals are now recreation areas, and all the signs and nameplates are styled after those at airports. The park hills feature a bike trail and a skatepark, and in winter sleigh riding down the slopes is really popular. Deep in the park, there is a quite charming pond tempting the visitors to relax and read a good book along its shores.

A perfect example of park-like urbanism in the heart of the city, reminiscent of New York's High Line in terms of design and concept. A philharmonic hall with a glass facade, a spacious media center, a gastronomic port, and a soaring bridge with the view of Zamoskvorechye appeared on a vacant lot near the Kremlin walls. The park was designed by the architectural bureau Diller Scofidio + Renfro. It has an impressive appearance: Zaryadye is covered with plants, and the green terraces go all the way down to the Moskva River.