Which restaurants were noted in the authoritative guide 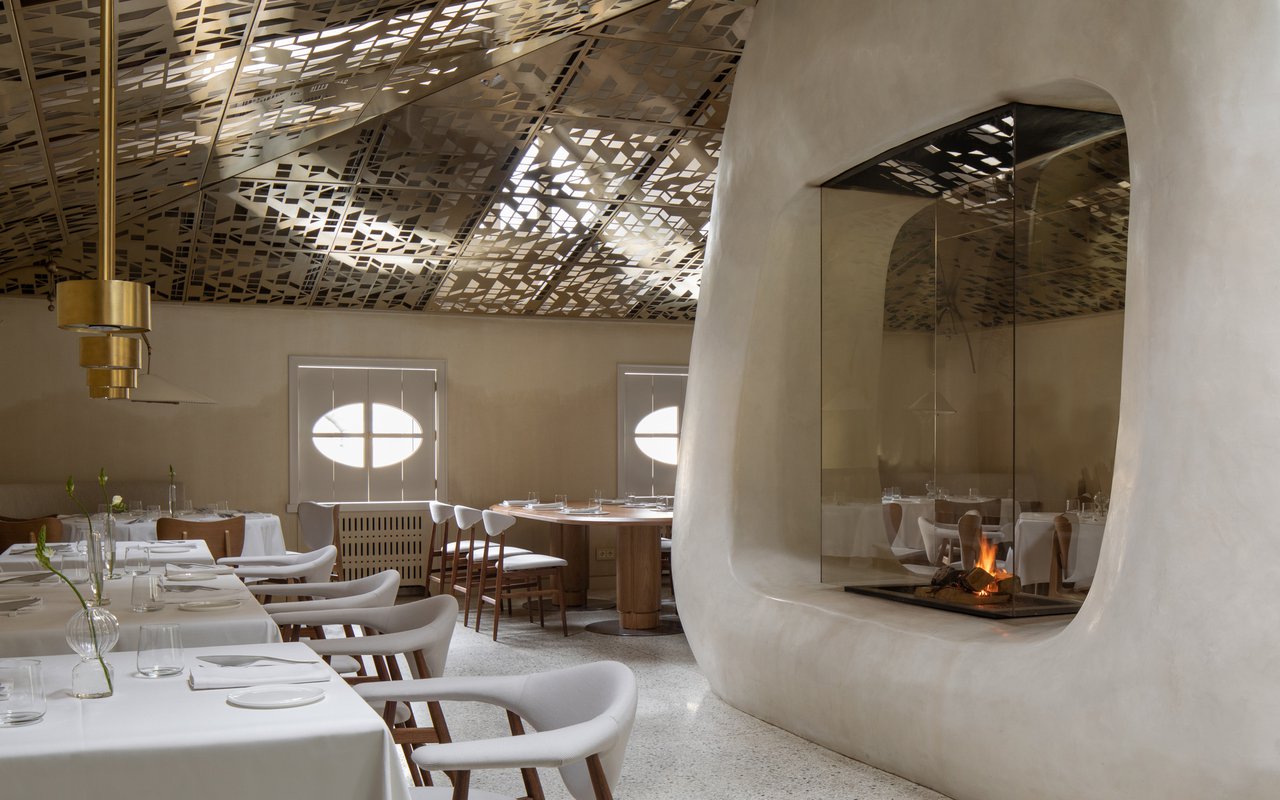 Nine Moscow restaurants were awarded stars by Michelin, the most prestigious gastronomical guide in the world, published since 1900. The most stars a restaurant can receive is three. If a city has a three-starred restaurant, that makes it well worth a visit that city just to visit that establishment. Moscow doesn't have any three-starred restaurants yet. Two stars are awarded to cafés and restaurants that warrant going off your intended route to sample while even one star guarantees top-notch cuisine. So here's what we know about the newly-minted Michelin-starred options in Moscow.

A restaurant that serves delicacies near the Kremlin

One star was also awarded to Alexander Rappaport's restaurant of Russian delicacies with a view of the Kremlin and the Museum of History. The interior matches the offerings on the menu: white tablecloths, portraits of Russian countesses on the walls and a crystal bar counter shaped like a caviar plate. The main feature is a special section of the menu devoted entirely to caviar – more than twenty species: grey, salted, grain, Astrakhan, beaded, imperial, albino, black pearl and others.

A wine restaurant with a focus on French cuisine

One star was awarded to one of the oldest restaurants on the Patriarch Ponds, one that offers one of the largest selections of wine in Moscow, which is updated daily. Guests getting to choose from more than a thousand wines by the bottle and almost a hundred by the glass. The restaurant's main menu is comprised mostly of French cuisine with an emphasis on seafood, including sea scallops, pickled sea bass and other rare seafood. Most offerings are replaced once every three months, with a seasonal rotation of dishes being given priority.

One star went to a restaurant with a panoramic view of the historic centre of Moscow from the sixteenth floor of the Smolensk passage. The interior design of the space takes on the style of Lewis Carrol's Alice in Wonderland, while the menu is primarily composed of Russian cuisine. The chef regularly goes on exploratory trips to Russian regions where he finds unique foodstuffs to create his seasonal menus, which feature such delicacies as Crimean truffles, chestnut honey, pickled bamboo or moose milk.

One star was awarded to chef Yekaterina Alekhina's gastronomical bistro located next to the old Arkhangelskoye Estate House. Yekaterina did an internship at Le Cordon Blue and Arzak. The restaurant has its own fermentation lab, the menu is changed on a seasonal basis while the owner follows the principles of zero waste: all domestic waste is recycled into sculptures and items of interior decor. Most dishes are cooked on an open fire or in the oven.

A Russian restaurant opposite the Bolshoi Theater

One star was awarded to Arkady Novikov's restaurant in the Metropol Hotel, across the street from the Bolshoi Theatre. The menu comprises eleven sections, each of which has its own name and includes snacks, main courses and desserts. The general concept is modern Russian cuisine with a personal touch: all the dishes are made from seasonal foodstuffs and farm-flesh ingredients.

A seafood restaurant overlooking the Moskva

One star went to the à la carte restaurant on the 22nd and 23rd floors of the Azimut Hotel, offering a panoramic view of Moscow. the establishment emphasises seafood such as shells, crabs, shrimp and Far Eastern fish, and right in the centre of the hall there is a raw bar with an aquarium, where guests get to choose their own fresh seafood.

Two stars went to Arkady Novikov and chef Artem Estafiev's establishment set up as a canonical fine dining experience. Here, priority is given to European cuisine with unorthodox ingredients while the menu is updated exactly once every three months: the dishes are prepared strictly from seasonal foodstuffs.

A modern Russian cuisine by the brothers Berezutsky

Two stars went to Ivan and Sergey Berezutsky's a-la-carte establishment in which they experiment with traditional Russian cuisine and only use organic ingredients. The space is comprised of two levels: the first level houses the main hall with a traditional Russian stove and a gastronomical laboratory (where they made, for example, a squid 3D printed from vegetable protein), while the second floor is a veranda and a digestif bar with Russia's largest selection of wines.